How to find leakage of electricity

Perfect dielectrics with a resistance equal to infinity, does not exist. Even high-quality insulator has some leakage. To measure insulation resistance using special equipment - megger, but sometimes you can do more with simple tools. 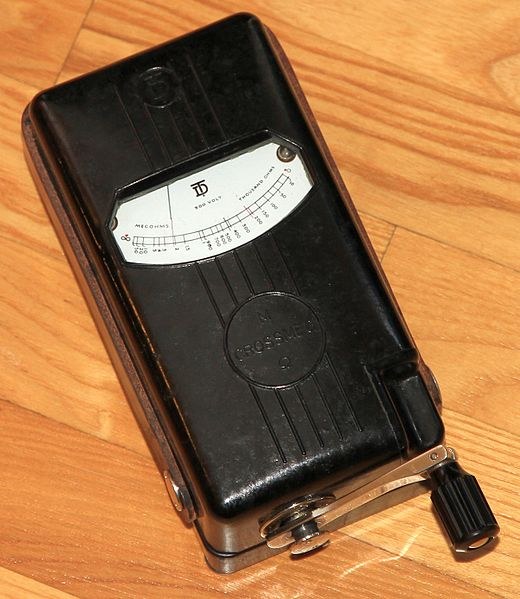 Related articles:
Instruction
1
If the device has a metal body, getting to the last phase voltages can be dangerous, especially if a person simultaneously touches a grounded object. To detect such leaks, use a screwdriver with neon indicator designed to find the phase conductor. Without holding the housing unit and screwdriver tip, touch the sensor tip and push section of the metal casing of the operating unit, not covered with paint. If the bulb lights up even very weak (much weaker than in the search phase), the leak is available. Spend this check in both polarities connect the device to the network. To resolve the leakage, ground the device. Use only special ground bus, but in any case not water pipes, heating, gas, ground wire braid of cable television, etc.
2
If you hold a ground, for whatever reason, first make sure that the leak has a capacitive, not resistive in nature. To do this, use a multimeter operating in ohmmeter mode to the limit of 20 MW. Remove the power plug check the device from the socket, but the network switch is put in the on position. Connect one probe of the multimeter to the body of the instrument, and the other to one of the contacts of the plug. Do not touch this hands neither one nor the other, not to contribute to the measurement error. The multimeter should continue to show infinity. Connect the probe to the other prong of the fork, the result should remain unchanged. Then repeat both measurements, changing the polarity of the probes reversed.
3
If you find even the slightest leak DC, you should immediately stop using the device and give it in for repair. If one is not found, the cause of getting stress on the body consists only in the presence of stray capacitance. When using such a device in any case do not touch at the same time its body and any grounded objects, as well as other electrical devices with metal housing. If you want to have more of such devices stood nearby, unplug them all from the network, connect their body wires, and then reconnect to the network. If we are talking about video equipment, grounding formally do not require (for example, DVD players, televisions), to make such a connection is not necessarily important to make sure they were all connected by cables to each other and next not were two groups of devices, the connection between them is missing. For example, if a DVD player connected to one TV and the other to the second, and between the players is not connected, the simultaneous touch of the hulls of both turntables can cause tangible, electrode. Its danger is eliminated when you combine the body of the apparatus with each other.
4
Megger use only if confident that they generated high voltage will not damage the electronic components of the device, the isolation of which you are going to check. Connect the probe device to the points which should be isolated from each other, and then begin to twist the knob, or, depending on the type of device, turn on the voltage Converter. Probes in no case do not touch. Verify that the measured resistance is greater than the minimum. Then stop rotating the knob or turn off the inverter, then repeat the measurement with reversed polarity of the test voltage.
Is the advice useful?
See also
Присоединяйтесь к нам
New advices