How to fill a hookah

In recent years, Russia has become fashionable ancient Eastern tradition of Smoking hookah. It is believed that the hookah is relaxing and conducive to more intimate communication. Hookah usually order in restaurants and cafes, but with the same success it is possible to smoke at home. Note, however, that the gas station hookah and its Assembly greatly affects the quality of Smoking. The correct Assembly and filling of the hookah depends the aroma of its smoke, and consequently, the magnitude of the pleasure of Smoking. This manual will help You to assemble and refill with any hookah. 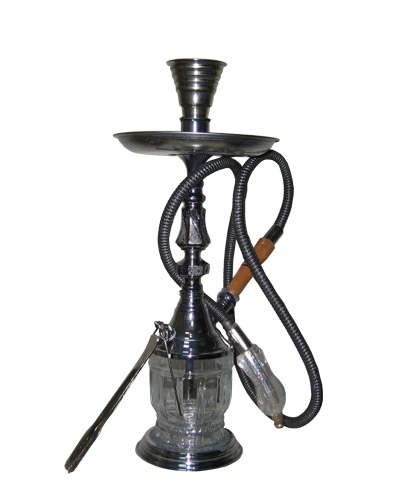 Related articles:
You will need
Instruction
1
For a start, you should pay special attention to the Assembly of the hookah. Before Assembly into a vessel of the hookah is filled with water or other liquid. After that, the vessel (flask) is set mine. The lower end of the stem of the hookah should be submerged in water for 1 - 3 cm. During installation, care must be taken that the connection be as leakproof as possible.

2
After setting mine to the bulb attached to the hose, which is Smoking. Then mine must be connected to the Cup which will have to be tobacco. All connections must be perfectly sealed to avoid leakage of air, water and smoke.

3
The hookah is assembled. Now you need to check the build quality. High quality assembled hookah, usually as leakproof as possible. To check the tightness of the hole in the bowl should be covered with a hand or with the special cap and then inhale air through the hose. In the case of correct Assembly of the air must not flow into the hose. If air still comes - check all available connections.
4
Proceed to the gas station hookah. The first thing you need to put tobacco in the bowl. This is done by hand or with the aid of special forceps. The tobacco in the bowl should not be too tight and not too "fluffy" through it should be easy to pass air, while the upper layer is not in contact with the foil.

5
Next thing is shielding of tobacco with a protective screen made of metal or foil, which is done with a lot of holes. Also Smoking hookah can not ekraniziroval the Cup from coal, but this would require a special tobacco.
Charcoal is used for Smoking should be kindle (if bystrovozvodimye coal), or heat on a gas stove or with a special lighter.
6
After completing all the above steps and put the coal in the thicket, the hookah needs to "puff". This is done several deep puffs in which the coal attains the optimum temperature and warms up tobacco. Serving tobacco enough, usually at 35 - 60 minutes of Smoking.
Note
Before proceeding to fill the hookah, you should care about coal. Coal to kindle it is best to direct the fire source, but also on the electric stove, too, just longer time. The next stage of preparation of the hookah Smoking is the most important, so you need to do the right thing, as it directly affects the quality of hookah Smoking.
Useful advice
How to run (to score) hookah? Hookah we have collected, it is possible now to fill the (score) tobacco. We need to refuel (drive) hookah. Before filling up the Shisha tobacco should loosen the tweezers. Then small portions to put tobacco into a Cup (preferably not to the brim, leave 1-2 cm to the edge), while being careful not to compress the tobacco.
Is the advice useful?
See also
Присоединяйтесь к нам
New advices