How to find out if you curse

The curse is like a chronic disease that affects the human energy field and attracts negative energy. The peculiarity of the curse that it is not exhausted with the death of the accursed, and can destroy his entire race. 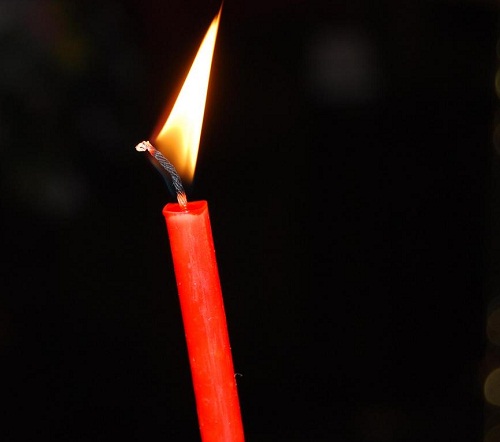 Related articles:
You will need
Instruction
1
Check Church candle:If everything goes wrong and it seems that life is governed by someone hostile will, if the person catches herself doing uncharacteristic things, or something destructive, as if against his will, before you contact a clairvoyant with all types, makes sense to do the following:Buy in the Church of the thin wax candle, light it and could move around the body. Carefully watch the behavior of light. If he suddenly crackling, smoke, wax will flow as if large drops- "tears" - may indeed have the evil eye, curses or curse. The exact same it makes sense to go with a candle around the house, especially if it is removable. Maybe the fire will indicate that a curse lies on the dwelling, and the man falls under the negativity just because he lives in the wrong place.
2
Test matches:Fire is the element of cleansing that can detect hidden, and its interaction with water opens up many secrets. This interaction is associated old, since the nineteenth century the pagan way to find out if the curse is to burn three matches to the end, completely, and throw burnt in a glass of water. If there is a strong curse or a jinx match will sink, if not - will remain to float on the surface.
3
Check the egg:the egg is the symbol of the universe, use it to "roll out" of the disease, it can help to determine whether the person curse or simply it pursues a series of misfortunes.
Take a glass of water and gently let go of the raw egg, trying not to damage the yolk. To raise the glass above your head and move them as if drawing circles around the head for several minutes. If the egg whites are like rolled and pulled the white threads, the curse is, if everything remains quiet, as is the man clean.
4
Casting the wax:the Most common way to learn about the curse is cast on the wax. In order to test this method, it is necessary to melt the wax, about 150 grams, postaviti in front of him a Cup of water and, focusing, pour the wax into the water.
Carefully consider the casting. If it's smooth all right, but it so happens that the casting forms the circles is an indication of damage or ring failures. Small damage or the evil eye indicate bumps or undulating surface at the bottom of the casting, but the most troubling symptom is wax, frozen icicles, and the longer and sharper the icicles, the more dangerous a curse.
Note
Casting wax and purification by candle mild can remove the curse. If you shoot this way curse someone, then read in the process of prayer to the venerable cross" and "Jesus Christ from corruption, and after the ritual wash hands to the elbow in cold water.
Useful advice
Before any deistviem should be three times to read the prayer "our father".
Is the advice useful?
See also
Подписывайтесь на наш канал