How to make a dream catcher

Sleep want. But not always it turns out — day anxiety haunted man and the dream. North American Indians invented a trap for dreams, which is designed to protect the person from bad dreamsideni. The Indians used to trap such materials in their homeland can find each. Europeans learned how to make these traps from what is at hand — and the trap works no worse than an Indian. 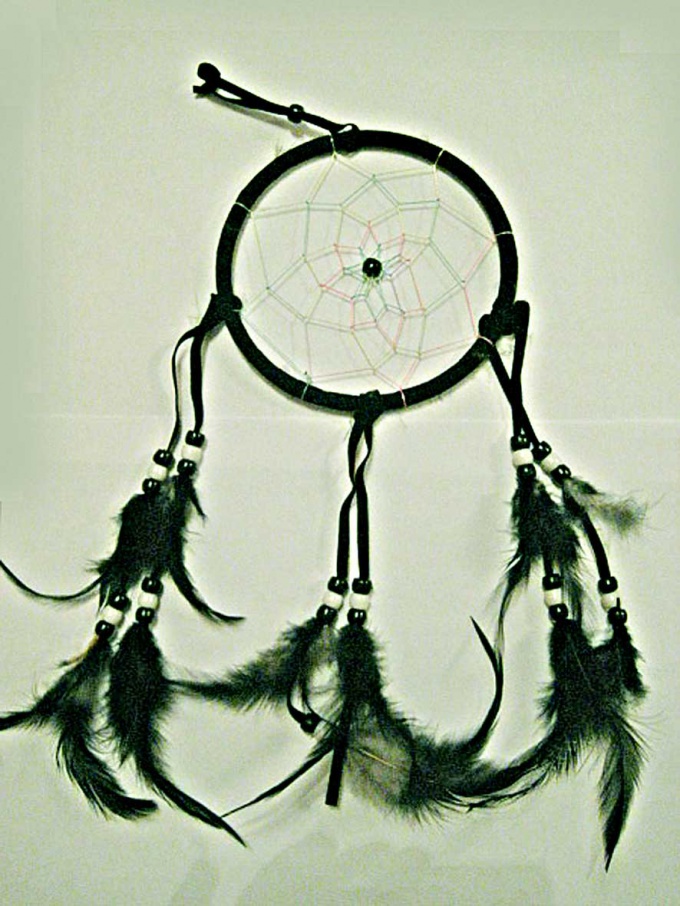 Related articles:
You will need
Instruction
1
Withe cut from two sides on the bias so that the ends can be securely combined. Hold the rod in the boiling water until it becomes flexible. Bend the rod into a ring, connecting the cut edges so that the ring thickness was uniform. Firmly tie the ends of the rod. Dry the ring.
2
Wrap the ring with yarn. Pass long enough to thread a needle, fasten the end of thread where you tied the ends of the rod, and tie rod. It is most convenient to use the Shuttle for tatting. Wrap the thread onto the core Shuttle. Rod objazyvaet nodules resembling a hinge joint. "Stitches" place tightly, without gaps.
3
Wrapped ring, pin number solid knot and begin to spin a web. Mark the circle into 8 parts. This can be done approximately — most importantly, that part looked equal. You can mark where you will tie the thread of a web, knots of another color, then you will be removed. Print the thread out of the ring to yourself and make a loose loop to the first mark. Wind the thread one turn around the first mark and make exactly the same loop for the second label. So make a loop of the web around the circle.
4
When he reached the end of the row, wind the thread around the length which you will need for the next row, and thread it in a needle with a large eye. Swipe the thread to the middle of the first loop and secure it just as you did in the first row, just wrapped one turn around the thread. Thread your bead. Make another loop and secure it in the middle of the next loop. So, attaching a loop of beads, braid to the end of the row.
5
Make a cord, which you will do the trap. Attach it to the ring where you fastened the ends of the rod. Cord fold over twice to form a loop. The loop enter into the ring. You put together the ends of the cord guide them, wrapped the ring in a loop. Adjust the cord to the free edge of it was from the ring. Tie the ends of the cord.
6
Hang the trap. Cut several pieces of yarn and tie them to the ring. To the free ends of the thread tie the feathers. Ready trap hang over the bed.
Useful advice
Withe better to cut in winter.

Instead of feathers it is possible for a trap to hang bells or tubes for "music of wind".

You can make multiple traps of different diameters and hang them one under the other.
Is the advice useful?
See also
Присоединяйтесь к нам
New advices