How to use the "catcher"

Amulets and charms, as a rule, designed to protect and protect their owners from various negative influences. Quite another matter – so mysterious, but undoubtedly very popular all around the world amulet called "Dreamcatcher". 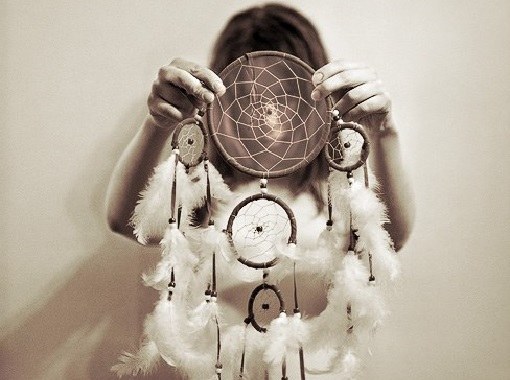 Now it's already hard enough for certain find out the history and the exact date of the appearance of this talisman. However, there are many different legends and versions, one of which dates back to the origins of the lost civilization of the American Indian.

"Dreamcatcher" or "dream catcher", as it is called, was very popular among the natives of Eastern Siberia and the North, and was also used by the indigenous inhabitants of the New world. In appearance and form, the amulet was more like a sieve because had rounded the frame, through which was wound the thread. Intertwined, they created intricate patterns that carried some meaning.

Due to its wide popularity among different peoples and generations, the value of the amulet as his appearance, may differ substantially from each other. Consider two of the most popular and in demand in modern life.

If we talk about the Catcher North American Indians, it is obvious that it fulfills the function of a talisman, drawing as "evil" and "good" spirits of dreams. The "evil" spirits stuck in a web, dying with the first rays of the morning sun, and "good" is passed through to the sleeper by means of feathers, bringing only good and bright dreams.

The indigenous peoples of the North and Siberia interpretiruya the effect of this amulet on their own, using it primarily in shamanic practices. Their interpretation is as close to the name of the amulet. There spirits are not divided into positive and negative, and entangled in the fur of the amulet, then draining to the sleeping shaman in the form of dynamic images. This gives the shaman some power and allows him to cope with the "evil" spirits with whom he fights in his sleep.

It is considered that the amulet will "work" only if it is made with their own hands using only natural materials. You also need to understand that the Catcher is created in the form of a circle in the image and likeness of the Sun traveling across the sky. The circle which it represented, is a symbol of infinity.

For the frame most often used a thin willow rod. It can also be replaced with any other base, for example, a metal rim. Formed from round rod and begin to wrap it with thread in a clockwise direction without using anchor nodes, neither at the beginning nor at the end of the weaving.

Once you're finished to twine round, proceed to the manufacturer web. Do not worry if it will get you not very smoothly and asymmetrically, most importantly, the attitude with which you do the amulet and properly selected materials. During weaving, it is recommended to use prayers or spells, and think only good thoughts.

In the process of weaving you can also use additional decorative elements such as beads.

When the wrap web is ready, the bottom will need to tie the prepared feather on the threads. This is a very important design element, and their choice must be treated very seriously. Ideally, for women's amulet is supposed to be the feathers of an owl, for the male – the feathers of an eagle. However, not everyone has the opportunity to extract these feathers, so it can be any other feathers, it is sure to live poultry.

In order for you to dreamed of just rosy and bright dreams, you need to place the amulet. Most often it is recommended to hang the headboard, but it will be just as effective if you place it in the center of the room. There he will catch the "evil" spirits, not letting them in your dreams. The main thing – do not hang it on the wall, because the Catcher must be easily purged from all sides.

However, keep in mind that it does not need to be cleaned under any circumstances. The amulet is self-cleaning with the first rays of the sun, thereby killing their captives. But occasionally to air it does not hurt, so home drafts will not harm your Catcher.
Is the advice useful?
See also
Присоединяйтесь к нам
New advices