What to do if the dacha settled Viper

The area of distribution of vipers is not only more than any other snakes that live in Europe, but vaster than any terrestrial snake at all. Meetings and neighborhood with them not excluded, and in Central Russia. Cottagers need to know how to protect themselves from the attack of snakes and how to banish it from your site. 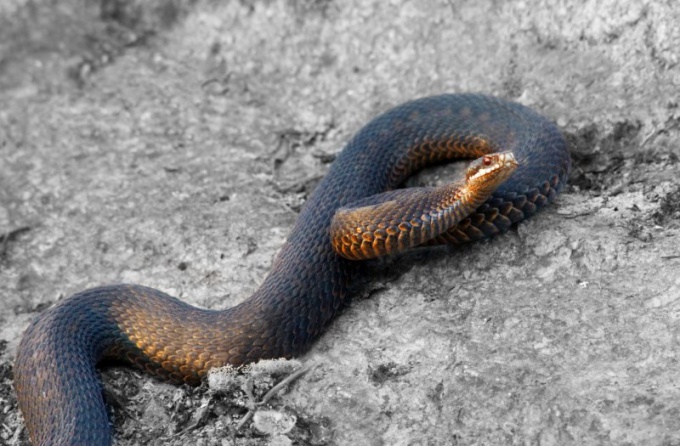 When meeting with a Viper don't make any sudden moves, don't stomp and don't wave hands, trying to banish it. A snake might get scared and attack you in self-defense. If you know that on the site there are vipers, introduce noise in the distance. Hearing the conversation or the tramp, the Viper will hasten to hide.

Snakes do not live near the person. To bring them close to the people can the lack of food or flooding the places of their usual habitat, water. However, the Viper will not long tolerate human activity and after some time will crawl away.

Vipers settle into a rotten rotten stumps, snags, dense thickets of grass, in burrows of mice, moles and other animals. So your site was a refuge for snakes, eliminate with a suburban area. Get rid of various garbage and trash, often vykashivajut the grass.

If during your spring cleaning on a country station you run into a snake skin Viper dropped during molting, inset it in any tool and throw it away off-site. It is known that snakes always shed in the same place. So the reptile will return to its old skin and will remain there.

Get rid of mice and rats. Lure to the area urchins. These hunters not only destroy the serpent, but also deal with rodents, which are most attractive to reptiles. To lure the hedgehogs put into a saucer or fresh chicken meat, pour the milk and put it near the house.

Around the perimeter of the pour a solution of kerosene. For its preparation mix one part kerosene to two parts water. The smell of kerosene, hated animals, will not allow the adder to get closer to the holiday lands. If you know that the area there are snakes, go to boots. Getting on the air on a warm summer night, when the snakes are most active, bring a flashlight.