What does a tattoo - a Scorpion on the shoulder

The art of tattooing is known for thousands of years. People decorated the body with various drawings, trying to Express his feelings, attitude towards life, belonging to certain sects or groups. Tattoos are very popular and now each of them has its own value. 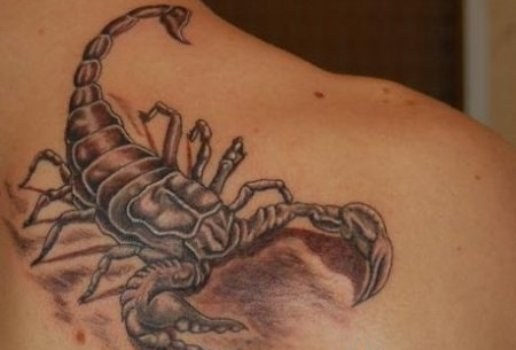 Scorpio is one of the most popular symbols for tattoos in the countries whose residents they encounter it in the wild. The peoples of the Middle East, Africa and South-East Asia used the image of Scorpio as to protect from evil spirits and from himself.

Scorpio's power lies in his duality. Small, imperceptible, but extremely dangerous, he may seem harmless and peaceful, but at the decisive moment, defending or attacking, ready to demonstrate its formidable weapon.

In many cultures the Scorpion is a symbol of death, pain, danger, and hatred. In the 80-90-ies of the last century, the image of the Scorpion was a military tattoo, it was the people who served in hot spots. Raised the stinger and open the claws symbolized the struggle to the last breath.

The Bible presents a comparison between the Scorpion and poisonous demonic powers. In Buddhism the symbolism of Scorpio symbolized reconciliation. In Tibet its image on the weapon used as a protective amulet.

There is positive and meaning tattoo with the image of a Scorpion. It is based on the use of toxic substances of the animal to humans. In ancient Egypt revered the goddess of Scorpions Selket, which was patronized by the doctors. The Mayans the Scorpion was associated with surgery because of its ability to enter the victim into a state of stupor. In the Western and Northern parts of Africa the Scorpion venom used as medicine.

In summary, we can conclude that the tattoo of a Scorpion symbolizes danger, hatred, pain and death, the power of the devil, jealousy and anger, battle and victory, reconciliation, eroticism and sexuality, salvation, or the origin of life, exotic preferences and duality.

On the significance of the tattoo also judged by its color and style. Usually Scorpion tattoo is done in gray and black color. The animal most often depicted as lurking in the water, in rosebud, on the stone. Even a simple tattoo with a Scorpion fascinates, attracts the eye and a bit of scares, creating a feeling of something exotic, dangerous and forbidden.

Using an unusual design and a more vivid color tattoo can create the effect of otherworldliness and unreality, giving it a value associated with numerous legends. Qualitatively made a colored tattoo with the image of Scorpio looks beautiful and graceful.