What does the tattoo of a star

Getting your tattoo is a very common method of modifying your own body. However tattoo is not just a beautiful pattern. She usually carries more meaning and reflects the inner world of the owner. 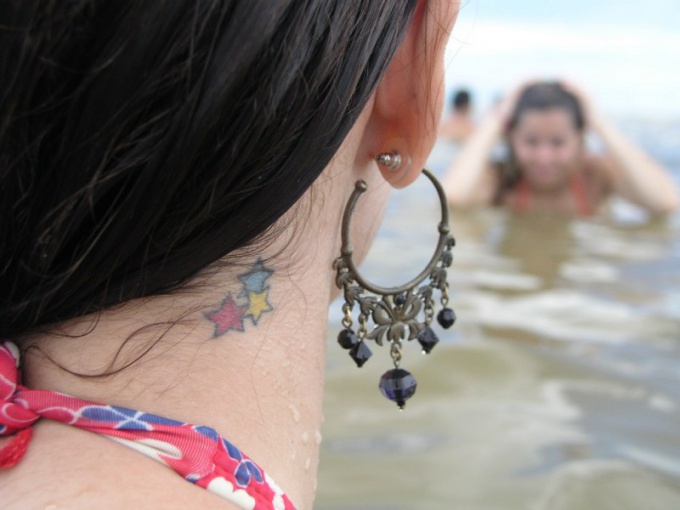 Related articles:
The star is a symbol that has been used for many thousands of years in various parts of the world and in different religions. Depending on the form of stars vary and the value of this figure.

Today people know that a falling star is a meteor that passes through its upper atmosphere. However, this phenomenon is still shrouded in mystery. Romance, peering into the starry sky, make a wish upon seeing a bright star erupted, sliding down the sky. Usually the tattoo of falling stars fill the dreamers that want to attract into your life good fortune and realize their cherished desire. This tattoo can be as lonely-and-coming star, and depict a meteor shower.

Once the tattoo with images of starfish were popular among sailors. Putting on this symbol, they relied on the patronage of the gods of the sea, so they sunk the ship in bad weather and allowed to get home safely. Today people can apply this image to the body for similar reasons: to gain help from higher powers and not to stray from your path, which should lead to a cozy place where they will wait for beloved people. However, starfish is an exotic resident of the underwater world and the tattoo it can occur in humans who are keen on marine life.

The Star Of David

But the star of David carries a religious significance. It symbolizes God's rule over the universe. The person who has put on his body such sign, obviously, is a believer.

The pentagram or five-pointed star is a protective symbol. It was used in many different religions, and values may vary: the owner can fill it like a magic ritual or simply for aesthetic reasons. The star could symbolize the five elements of light to signify unity with nature or belonging to the heavens. In Christianity, the five points of the star is reminiscent of the five wounds inflicted on Christ. Also the star is often considered a symbol of femininity and is associated with the planet Venus, which shines in the sky at sunset and dawn. Girl doing a tattoo, probably wants to emphasize such traits as tenderness, care, charm. Inverted five-pointed star is one of the most popular symbols of Satanists. Man wearing on his body, this figure, obviously, has similar views.
Is the advice useful?
See also
Присоединяйтесь к нам
New advices