How to understand and outwit the mistress

There is little that can shake and hurt a woman more than the cheating husband. Especially if that she – cheated wife, she tells the mistress of her husband. For example, on the phone. Yes, even in the most insulting, sarcastic expressions: they say, marriage has become a mere formality, the husband lives with her only for the sake of the children or obedience to a sense of duty. 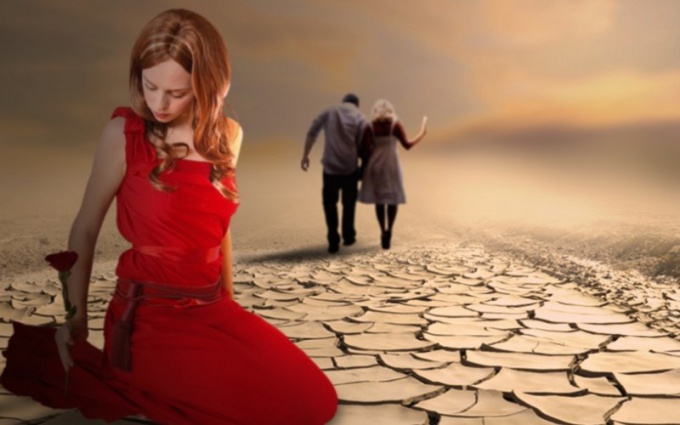 Related articles:
Instruction
1
Shock, shock, burning resentment. The woman seems at such a moment, as if the ground was slipping from under his feet. The first and most natural reaction: that can't be, it's kind of a joke or revenge! But the interviewee begins to tell his wife about such details that were known only to her husband, and just savoring them. And before the shocked woman gradually comes: this is not a joke not revenge, but sad truth. What to do? To make a big stink about the wrong husband? To file for divorce? Stop! Now think, because it achieves this mistress. What she called you. Really from the notorious women's solidarity, saying that she, poor thing, didn't even know about the true image of his hubby so I told her to reveal eyes? Nothing of the sort. Her only goal is to make you hurt, so you decided to break off relations with her husband.
2
Try to understand your opponent as a woman. She also want family happiness. Bothers her the status of mistress, she wants to be called lawful wife. She can't bear the thought that your husband stubbornly refused to leave his family that it was temporary. It is clear that this woman feels for you is jealousy and an instinctive dislike, because you interfere with her happiness. Her testimony is an attempt to displease, to enrage you, to destroy your marriage. Did you go on about her actually fulfilling her deepest desire?
3
Of course, you're really offended, angry. But still try to calm down, because important decisions need a cool head. Objectively and impartially analyze your family relationships, try to find an answer to the question: why do the husband has a mistress, what he lacked? If you have enough wisdom and justice to acknowledge that what happened there is your share of the blame, consider that half the work is already done. Make the necessary adjustments in their behavior, and a husband very soon will draw to you like a magnet.
4
In any case, do not take revenge on the mistress, don't come to her work or home with the showdown. They themselves would be guilty. Remember: she wants to provoke you to play the role of innocent Martyr. Don't give her the satisfaction.
5
If you decide to save your marriage, try not to blame the her husband, moreover, is not blackmail: "Go to her – do not give to meet with the kids." It is unworthy, and just plain stupid. It is better to calmly let him know that you know everything, but are willing to forgive and forget. This simple technique you outsmart the mistress would upset her machinations.
Is the advice useful?
See also
Присоединяйтесь к нам
New advices