What cough in tuberculosis

M. tuberculosis can affect different organs, but tuberculous processes in the lungs accompanied by a cough. The nature of this cough is different, it depends on the stage of the disease and the area of pathological lesions of the organs of respiration. 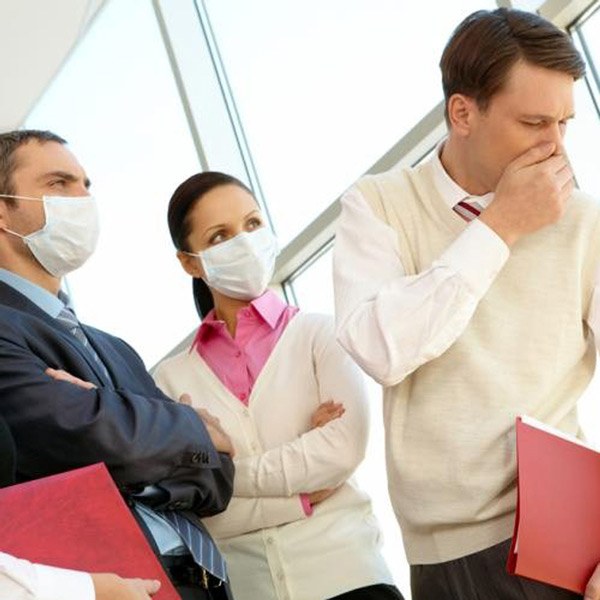 Related articles:
Instruction
1
The first symptoms of tuberculosis most often manifest as low grade fever and cough. The patient often thinks that it is a common cold and treated accordingly, without recourse to specialists. In the first stage of pulmonary tuberculosis, the cough can be docked even after self-treatment anti-inflammatory drugs and antibiotics. But soon after returning discomfort in the chest, and then begin a new onset of coughing.
2
The fits of coughing are of a humid nature, and the patient feels the onset of lump in the breast and can't cough up. The cough reflex is due to a large accumulation in the lumen of the bronchi of mucus, which occurs due to inflammatory processes. Mucus in the bronchi prevent the passage of air, and its accumulation in the pulmonary lobes complicates the process of ventilation of the lungs, in the alveoli impaired gas exchange. In response to the violation of the respiratory function, the body activates a protective reflex – cough, which should help to clear the lumen of the respiratory system of mucus. But as the mucus continues to be produced in large amounts, the cough is not reduced.
3
The cough is protracted because a patient while coughing, straining chest wall and diaphragm, they compress the lungs, ventilation is deteriorating. These processes lead to a greater spread of the inflammatory reaction. In tuberculous inflammation of the person becomes harder to breathe, so the coughing intensified.
4
The tuberculosis cough is accompanied by sputum – a mixture of inflammatory mucus and of pus. In the sputum is more than the number of causative agents of tuberculosis mycobacteria. In the beginning of the disease the color of mucus otharcivatmi light, often transparent. With the development of tuberculosis sputum turns yellow due to the accession of purulent secretions. In the last stages of pulmonary tuberculosis because of the severe inflammatory processes become thinner and burst the walls of the blood vessels of the respiratory system. First in the mucus appear in streaks of blood, with the progression of the tuberculosis patient coughing up almost the same blood, which has the admixture of pus and a specific odor.
5
Cough in tuberculosis is enhanced in the supine position, especially at night. This is due to the fact that in the affected lesions of the lungs produced large amount of mucus and when the patient takes the recumbent position, it builds up and presses on adjacent tissue. The patient experiences a painful feeling in the chest and the incessant urge to cough. Such patients are advised to sleep on several high pillows, in a semi-sitting position.
Is the advice useful?
Присоединяйтесь к нам
New advices