How to increase the force of impact in Boxing

All I would like to be strong, to be able to protect themselves and their loved ones. This begs the question: how to develop the force of impact. Moreover, in our time, without self-defence you can get in trouble or even be crippled. So how to learn fast and hard to beat to send your enemy down or "off". 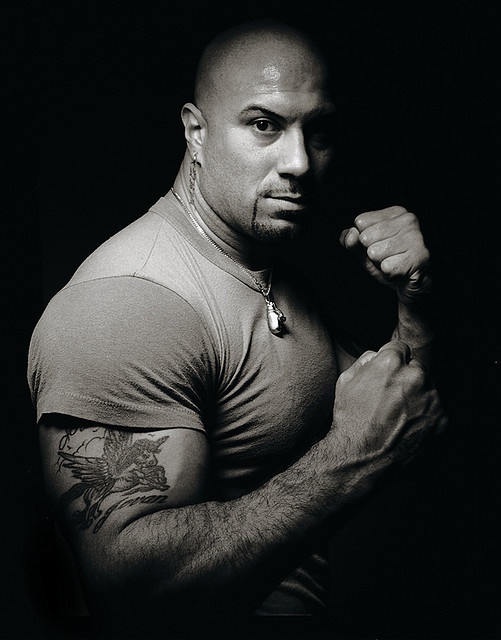 Related articles:
You will need
Instruction
1
In most cases, the force of the impact depends on the technology impact of muscle genes. The first thing you need to at least learn the basics of the techniques of Boxing, the right to strike, so it made sense to increase the speed and force of impact. Thus, we begin with a warm-up. Loosen up the arms, shoulders, chest muscles, back, legs. As you know, the direct impact comes from the triceps. But depending on how the blow connect and other muscles. Take as example, take the side kick - hook: it primarily involves the triceps and chest muscles. And, for example, in the lower punch - uppercut - involving the biceps, triceps, chest muscles and back muscles and waist. In Boxing, all the power is from the legs and then involves the muscles of the arms.
2
After this little excursion into theory, we can go directly to the exercises. Proceed to the first exercise for a direct strike to the push UPS on the palms, narrow setting. In this exercise involved the muscles of the triceps, which are included in the group of core muscles for speed and power. Put the palm of it in such a way that between them formed the shape of a triangle. In this case the palm should be parallel to the chin. During push-UPS touch their forehead to the area of a triangle.
3
Now proceed to the second exercise - push-UPS on fists, narrow setting. In this exercise, we once again works the triceps. Put the fists together, parallel to the middle of the chest. In this way, push-UPS, with legs spread shoulder width apart.
4
Next, execute the push-UPS on fists in wide positions. In this exercise, in addition to the muscles of the arms, are utilized also chest muscles. Pumping the chest muscles, respectively, we are increasing the strength and speed of a side impact. Spreading his hands as wide as possible, put them in fists and begin to do push-UPS. Push-UPS have to do as much as possible so that muscles work optimally. The best way to perform deep pushups using three chairs. Put 2 chairs parallel to each other for hands and 1 for feet. And thus pressed, lowering the torso as far as possible.
5
Now take dumbbells weighing 2-3 kilograms. For a start, no need to take more weight, not to damage the joints. And are fighting with a shadow, 200 direct strikes, side and uppercuts.
6
Then take the rope and begin as soon as possible to jump, preferably not less than 3 minutes. In this exercise, we pump the calves and feet, which directly is the force of the blow. If you have no rope, you can jump without it, steps forward, backward, right and left.
7
Pushups need to be performed smoothly in a steady rhythm and to the limit, to shake hands against overload. As you know, in all sports, doing something beyond their capabilities, thus they expand. So, we made several series of push-UPS plus the jumping rope. After that need to devote 20-25 minutes of beating on the punching bag. And work with the pear must also be smooth. To hit her with full force and as quickly as possible is not necessary. To relax worked muscles, you need to spend a few rounds with the punching bag.
Is the advice useful?
See also
Подписывайтесь на наш канал