How to train the force of impact

We all somehow want to be big and strong. If large to be not given by nature, one way out – to be strong. Force we can prove by means of two techniques: wrestling and drums. Weighing in at seventy kilograms wrestling techniques against a man, whose weight exceeded a hundred, is unlikely to work, and it turns out that the remains striking. In order to train the force of impact, with just a few exercises that require systematic implementation. 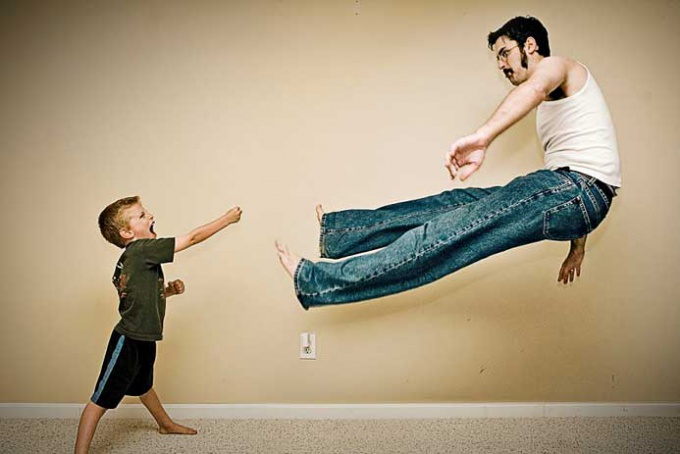 Related articles:
You will need
Instruction
1
Exercise fists as often as possible. When you hit your hand is on the path from the bottom or side. If pushups on your knuckles you train the hand, and it goes along the same path as when you punch. Pushups on the fists also contribute to the strengthening of bones and increasing overall impact force.
2
When working on shadow Boxing or working out the bumps use weighting weighing two to three kilograms. Remember that the weight of this weighting should be large enough so that the hand was tired, and easy enough so you could survive all of the training, working with the weight and without reducing neither in equipment nor in speed.
3
Pick up a weight from ten to sixteen pounds. Lean over her and grab her with both hands. Straighten up, holding her in his arms and clutching hands. Get her left hip, turning body to the left side and holding it with both hands. Sharply push the left hand forward and up, to sweep for a split second, it hung at the point in front of your eyes, then let her move your right thigh, still clutching it with both hands. Repeat the same exercise for the right hip, with emphasis on the right hand, not stopping.
Useful advice
The more effort you use up during exercise, the stronger your kick.
Is the advice useful?
See also
Подписывайтесь на наш канал