How to enter the Seminary

Recognized centres of Church education in the Russian Orthodox Church are the Moscow Theological Academy and the Moscow Theological Seminary. Graduates of these educational institutions have made an enormous contribution to the development of spirituality of Russia. The main condition for Christians who wished to study at the Academy, will be passing the course at the Seminary. 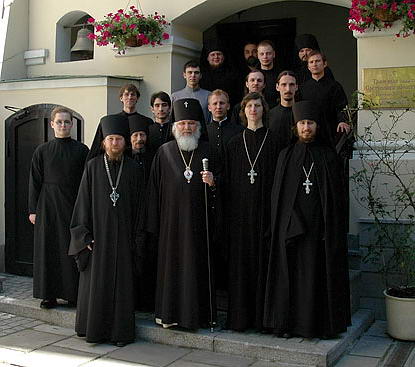 Related articles:
Instruction
1
First of all, you should know that in the theological Seminary attended, and only those Orthodox Christians who have received spiritual life experience and intends to devote himself to the service of the Church. Therefore, a mandatory prerequisite for admission in theological Seminary will be a blessing of the Confessor approved by the ruling Bishop.
2
The age of the persons accepted for training at the Seminary – from 18 to 35 years. The candidate must have completed secondary education. Admission to a religious educational establishment is accompanied by and entrance exams. In addition, candidates will be interviewed by members of the selection Committee.
3
The purpose of exams and interviews – identifying the degree of familiarity coming from the life of the Church and of belonging to it. In particular, the candidate should know the most famous prayer to be familiar with the biblical story. Welcomed the ability to read Church Slavonic.
4
Special attention is given to determining the educational level of the candidate, interests and Hobbies, knowledge of history of the country, its cultural and spiritual heritage. During the conversation, which usually is not the type of exam, the admissions Committee also find out how well applicants understand the processes occurring in modern society.
5
In the Moscow Theological Seminary may come from any region of Russia and CIS countries. There are incoming and those of the republics of the former Soviet Union, where Christianity is the predominant religion. The first place among Russian regions by the number of students is Moscow oblast and Moscow. However, the capital has always distinguished not so much the number of applicants to the Seminary, but also their relatively high educational level.
6
The learning process in the spiritual school has much in common with secular learning. And secular and religious schools base the training on the training programs that have a five point grading system, examination of the event, a system of rewards and penalties.
Is the advice useful?
See also
Подписывайтесь на наш канал