How to pass entrance examinations in theatrical Institute

Summer is a hectic time for students. Every year, they stormed the schools and ask thousands of questions about admission to a particular Institute. Entrance examinations in theatrical Institute (Academy or College) are somewhat different from admission to other universities. 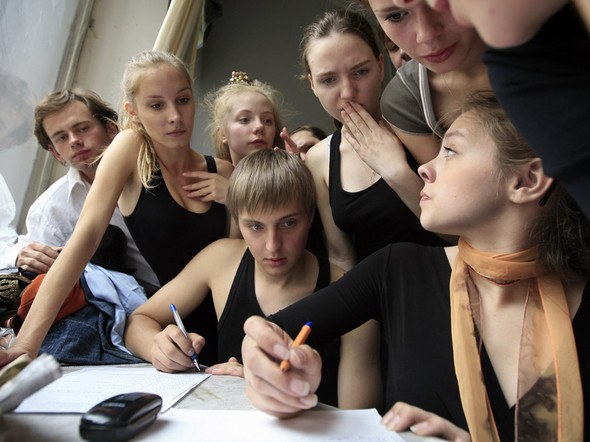 Creative competition at the theatre Institute takes place in several stages, often three, although their number may vary from programs of the institution or the desires of the master. All these steps are needed in order to select candidates for vacant seats for training.

For the first round of tests, the applicant must prepare several works. Namely, excerpts of prose, excerpts from plays, poems, fables. The number of works in each genre should be no more than three and not less than one. It is best to start to pick up stuff for the year before admission, look for something you like more and fits the type. And of course – to learn it. Choose works better out of the provided programs, they are often published on the websites of theater schools. In the first round evaluated the General appearance and mastery of the material. Past allowed to the second stage.

In the second round of tests check the interaction with the partner. Applicants need to unite in pairs, or threes, come up with a sketch and show it to the Commission. Topics for the studies can take any, they usually announce before the tour. This may be excerpts from works or household situations.

Those who have passed, waiting on the third round. It check vocal, dance and musical and rhythmic data. For this stage, applicants need to prepare one or two songs (better not to take modern music, and to confine the songs, Soviet pop music, songs from the movies). In addition, in the Luggage of the applicant must be a dance or a plastic room to display fee.

Past creative testing applicants are admitted to General competition. Here are summarized the scores on the exam in the subjects of Russian language and literature. In addition, each applicant must write an essay or presentation (depending on the program of the Institute), which is also evaluated. Then (again depending on the program of admission) of applicants awaiting interview with the master, where they will verify your education and imagination, to ask questions. For example: "what can argue a knife and a dagger?", "What is a solar plexus?" and so forth.

All tours pass and be enrolled in the first year – that's not all. There will be a four-year training, which I have to walk with dignity and to sustain the remaining tests.
Is the advice useful?
See also
Присоединяйтесь к нам
New advices