How to play volleyball

A lot of people are fans of volleyball. It is not only interesting to spectators and professional players. Due to their availability, at the Amateur level, volleyball is played by millions of people. Beginners will find useful tips on how to play volleyball. 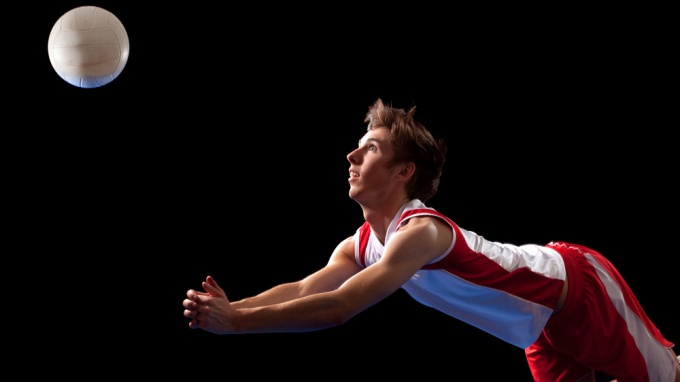 Volleyball playing on the Playground with a width of 9 m and a length of 18 m. Professional platform are always in enclosed areas, whereas Amateurs may play in open. The limit for professionals due to the fact that the light of a volleyball ball with the wind the weather can greatly change the direction of their flight. A volleyball court is divided in half grid height for men was 2.43 m and for women: 2,24 m. the Playground is divided into six zones, each of which is single player.

The goal of the game

Two teams of 6 people each are located in their half. The aim of the game is the need to make the ball touch the floor on the opponent's court, or to cause the ball to go outside the yard from the touch of an opposing player. This is charged when a winning point. Gaining 25 points, the team wins the set. The match continues until one team has won 3 sets. The maximum length of the match is 5 sets. 5 in the decisive set, the teams play to 15 points.

The subtleties of the game.

The player who feeds the ball, tries to complicate it to such an extent to force the opponent to make a mistake or the ball touches the floor or the host makes a mistake and sends the ball out of bounds. Then the winning team gets points and the pitcher keeps his job. Receiving the ball side may make a maximum of 3 touch, then needs to put the ball on the opponent's side. If she managed to earn a point, the serve goes to it, and the players in that team shifted clockwise to the next zone. This continues until the winning of one of the parties to 25 points or to advantage of one team 2 points. An important part of the volleyball unit. It is put on the front line in order to prevent the opponent to carry out an attack hit. Touch ball-block not counted the receiving team.

Learn how to play volleyball is easy. Practice shows that when you play a few times a week, even beginners overlook good Amateur level for about six months. Besides, it's a contact sport and therefore injuries in the game are very rare. But it helps to constantly support the sports form and always to be in good shape. This is a game for people of all ages and professions.