Where to go in Vologda

Vologda is one of the oldest Russian cities. It was founded by Novgorod in the 12th century along the portage – the pass that connected the basins of the rivers Sheksna and Sukhona. In the past this town was a gateway to the North, as well as a large trade and craft center and an Outpost of the mother see in the fight against foreign invaders. Today, thanks to its unforgettable charm and unique atmosphere, Vologda is one of the favorite destinations for tourists in the Russian North. 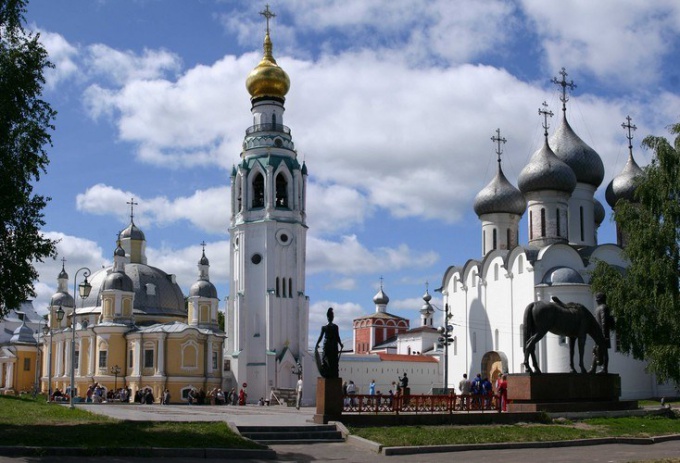 Related articles:
Among the ancient Russian cities of Vologda occupies a special place in terms of importance and number of monuments of wooden architecture. Samples of wooden classicism that can be seen in this city, in Europe there. So you should definitely personally look for at least a few of them. Visit the street of the Annunciation. There are several unique wooden buildings. Among them, the house Kirjapaino. This two-story mansion with a corner balcony and a coachman.To visit Vologda and visit its main attraction, the Kremlin, would be a crime. It stands on the banks of the river in the heart of the city. It began to build even Ivan the terrible. The king wanted to make this city the capital of the oprichnina. However, he did not wait for the completion of the Kremlin. Its area was built up extremely slowly, over several centuries, which is why the Kremlin buildings are quite different from each other in style. Here you can see Holy resurrection Cathedral, the former Bishop's house and St. Sophia's bell tower – the tallest building in Vologda. The bell tower attracts the attention of visitors, not only with their elegance and the fifty-meter height, but also with gilded capitals, fairly shiny in clear weather. From its observation deck is deployed fairly extensive view of the city and its environs. As in any other ancient Russian city Vologda built a large number of cathedrals and churches. Today there are about fifty. Most of them stands on the banks of the river. Visit the Church of the presentation. It stands in a rather picturesque location – right in the bend of the river. Near the Kremlin is the Church of Varlaam Khutynsky. It is of special interest from an architectural point of view. Its appearance is very different from the familiar to the Russian people of the Church. It has no domes, but the roof is decorated with two vases of stone. These architectural delights are definitely worth a look.The city has many bridges. One of them is Red bridge, which recently became completely pedestrian. Near it is a very funny monument. It was established relatively recently, in honor of the centenary since the advent of electrification in Vologda. The monument is a lamp-post and pissing on his pooch. The townspeople called their new attraction - the "monument to pissing dog". Among the unusual sights and the monument to the brick. Its meaning lies in the historical legend that Ivan the terrible wanted to make Vologda the capital of the state, razzhalovan Moscow. But at the entrance to the city with the fortress wall on the king supposedly fell down the brick. The monarch considered this incident as a bad sign and returned to Moscow.Many in Vologda and museums. One of them is the Museum of forgotten things, his exposition will tell about what old things do not lose their energy and are still part of our lives. Should go in the Museum of lace, which funds about four thousand lace work.Look at the house-Museum of Peter the Great. This quaint one-story house, proudly standing on the banks of the river, and without attracting the attention of visitors alike their distinct architectural decoration. The colors of the building gives a roof – it is in the green box. It is in this house, which belonged to the Dutch merchant Gutman, and Peter stayed on every visit to this city. The Museum holds items that once belonged to the king, in particular his clothing.
Is the advice useful?
See also
Подписывайтесь на наш канал