Where to go in Belgorod

Belgorod is one of the most interesting cities in the South of Russia, most of which lies on the right Bank of the river Seversky Donets, the tributary of the don. From Moscow it is separated by almost 700 miles. Despite this, in this town there is no hint of the deep provincialism. It feels good the rhythm of the modern city, as evidenced by the powerful streams of cars, built houses, an abundance of shops. There is a lot of historical monuments that give the city a special charm. 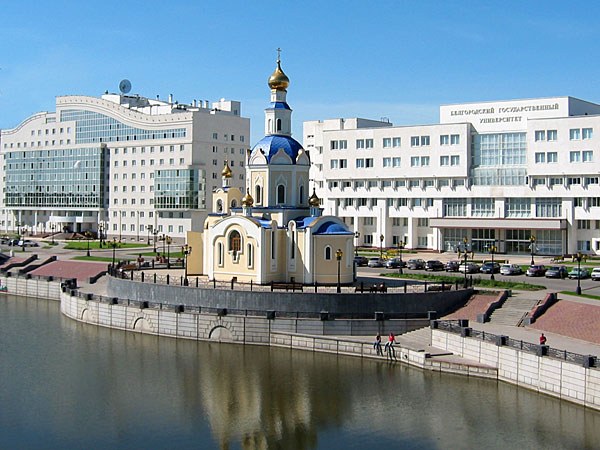 To start your walk along the Belgorod can from the street of the Transfiguration. It is the mansion of the merchant Selivanov, which was built in the 19th century. The merchant house is a shining example of urban estate, unique in Belgorod is no more. You can even get inside the house, because in our days in it are combined two of the Museum. Exposition of one of them devoted to electricity, and other literature. On the same street you can see another bright Belgorod attraction – the house of the merchant Goltsova, which was also built in the 19th century.

Worth to see and the earliest architectural monuments of the city. They are the remains of Nicholas monastery and Church of the intercession. Walking along the Belgorod, note the Smolensk Cathedral, which is considered the most beautiful architectural landmark. It was built in the 18th century on the site of the miraculous icon of the Smolensk mother of God and perfectly preserved to our days.

The main temple of the city is the five-domed Transfiguration Cathedral. It was built by the parishioners in 1813, after the defeat of the Napoleonic troops. Within its walls is kept the icon of St. Nicholas Ratna, as well as the relics of Saint Joasaph.

Opposite the Smolensk Cathedral there are ruins of old buildings. The house at number 41 in the late 19th century a hotel and a store merchant Veinbauma. The building is a rare example built in the time of eclecticism, in the form which the motives of classicism. Despite the fact that the walls of this house for many years is a management culture of the city, the locals today call it the "Room of Veinbauma".

Undoubtedly the pride of the city is the monument to the Baptizer of Rus, Prince Vladimir the Red Sun. It is installed on Kharkiv mountain. The height of the monument is 22 meters, it is made of copper, the method of its punch. In his right hand the Prince holds the Orthodox cross, because of its high, while his left hand rests on a shield. This monument is a symbol of the unity of Orthodoxy and the state. Near the monument is an observation deck with a beautiful view of the city.

Visit the monument to the fallen in Afghanistan. Belgorod is the first city where there was a monument to soldiers who died during the war in Afghanistan. Its pilasters are reminiscent of the mountain crowned by the bell, and in the center of the composition stands a huge cross.

In Belgorod are a lot of museums. Special attention deserves the Museum, which is the custodian of the historical heritage of the Belgorod region. It was opened in 1924 and still works today. Art-lovers will surely enjoy the exhibition City art Museum. The most visited is the Museum-diorama "battle of Kursk. Belgorod direction". It is possible to see Russia's largest diorama, which vividly depict the events of a major tank battle of Prokhorovka occurred on July 12, 1943.

At the intersection of National Boulevard and the street of the 50th anniversary of the Belgorod region is always full of tourists. Here's counting down to the sundial. They are the design of bronze and granite with a huge dial. It is possible to determine time with accuracy up to ten minutes. At night on the dial burning stars, which are located in such a way that you can see not only the milky way, but all the zodiacal constellations.