How to turn on the transistor

Bipolar transistors are of the structure n-p-n and p-n-p. It is most convenient to include them on the circuit with common emitter. Depending on application, transistor can be made to work in key or linear mode. 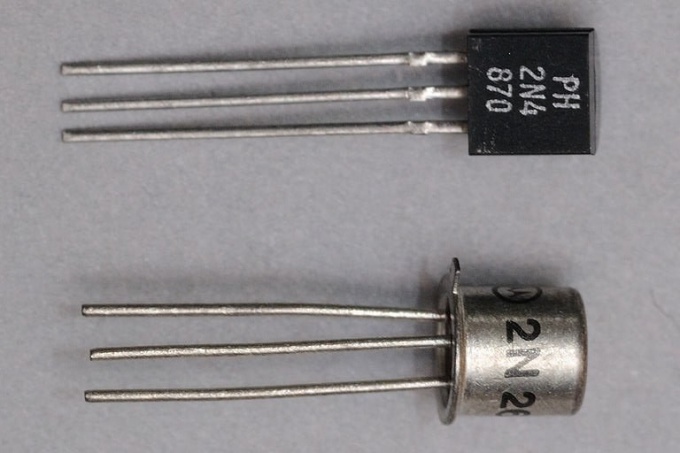 Related articles:
Instruction
1
Regardless of which mode will operate the transistor, connect the emitter to ground directly, and the collector to the power bus through the load. If the device has the structure n-p-n, the power bus should be a positive voltage, and if the p-n-p - negative. Make sure that the parameters of the transistor (the permissible current in open state, a valid off-state voltage, dissipated power) is sufficient to control the load that is connected to it.
2
To open the transistor in a key mode, take its base voltage through a resistor. Its resistance choose from so that the base current slightly higher than the number that happens if the nominal load current divided by the gain of the transistor. Insufficient base current, the device will overheat because it will not fully open, and when too large, from the current base.
3
For the transfer transistor in an analog mode, apply the base offset. It will also connect it to a power source through a resistor, but this time pick up the resistance so that the voltage at the collector of trnasistor relative to the common wire was equal to the half the supply. Then about 50% of the power will be dissipated on the load and the remaining 50% - on the instrument. To avoid overheating, use cooler.
4
During operation of the transistor in terms of change of temperature in a wide range of have to ensure the stabilization of his regime. For this, the upper output bias resistor not connect to the power bus and the collector.
5
At the base of the transistor working in the linear mode, the variable control signal feed through capacitor. If the cascade is the output, the load use a resistor, and the output signal remove the collector via a capacitor. In this form it can be submitted to the next stage.
Note
All perepiski engage when the power is off. Avoid overheating of the transistor.
Is the advice useful?
See also
Подписывайтесь на наш канал