How you get rid of woodworm

The bark beetles are particularly dangerous not only cultural trees, but everything that it is. If you do not deal with this pest, your home in the end for five years can turn into dust. Begin in time to combat the bark beetlemi, thus you will avoid the loss of many trees and keep your garden intact. 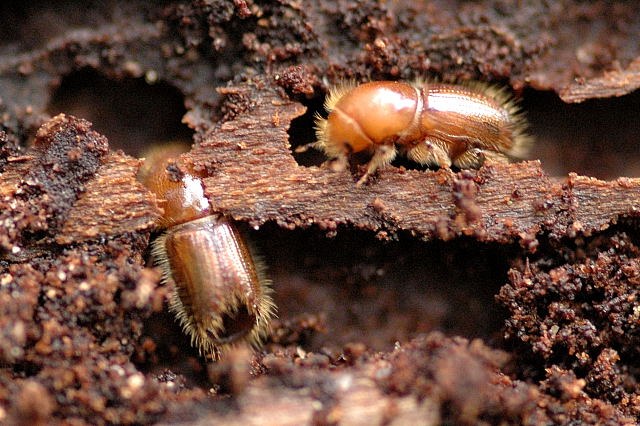 Related articles:
You will need
Instruction
1
To detect the presence of bark beetles, quite carefully inspect the wood. If you notice small holes in the barrel, and under them small piles of waste wood dust, cut out and immediately incinerate the hopelessly damaged parts of the tree. Otherwise, the bark beetles will make their way further and pass moves around the perimeter of the culture.
2
Often the prey of the bark beetle become sick, weak and old trees, but often affects the young and neglected trees with weak growth, not knowing for a long time of chemical treatment. Therefore, in order to avoid damage of the wood by this parasite, periodically spray all the rocks with a solution of insecticide that can be purchased at a hardware store.
3
Take preventive and precautionary measures aimed at creating favorable conditions for the growth of crops. In the fall burn all the leaves and dead branches, which should be periodically cut, so as not to attract the voracious bark beetles. Dead wood and bark of dead trees are not place on the site, burn.
4
If you have seen a tree infested by beetles-bark-beetles in its early stages, it can still be saved by treatment with a special protective drugs aimed at pest control. To apply this tool should be uniform, treat all the cracks and holes, there can be pending in the marking of eggs.
5
You can destroy the insect by mechanical means. To do this, take a long steel wire and walk her on all holes and passages (dug beetles-bark beetles), and then swipe to douching with diluted insecticides ("Bitoksibatsillin", "Boverin", "Lepidocid").
6
If the bark beetles continue after that actively pursue their livelihoods, the treatment in this case is useless. One way out – immediately cutting a sick tree and burn it, thus you will protect other species from further loss.
Is the advice useful?
See also
Присоединяйтесь к нам
New advices