How to diagram sentences with direct speech

Direct speech is used in artistic, journalistic, scientific and popular texts for verbatim transmission of statements or thoughts of any person. Sentences with direct speech consists of two parts: a replica of the character and the explanations of the author. The Union of the parts takes place without the introduction of unions. Depending on the location of the proposal according to the author there are several methods of registration of direct speech in writing. For each of them you can make a custom plan. 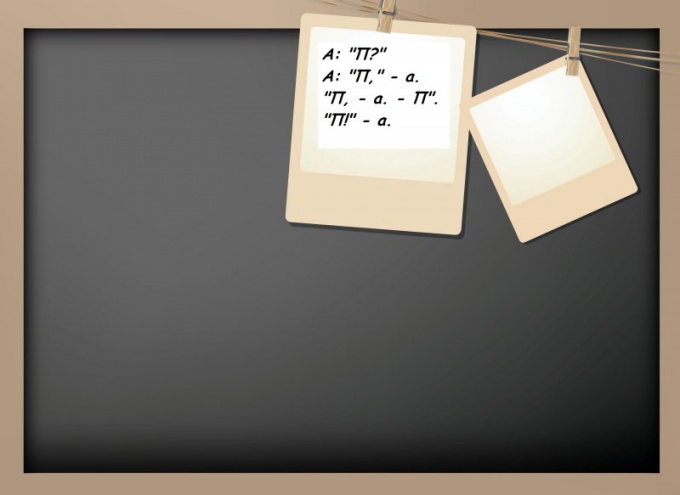