You got to the house homework on the Russian language, to make proposals on schemes, but don't know how to do it? Do not worry. You can easily do the job if you meet the following guidelines. 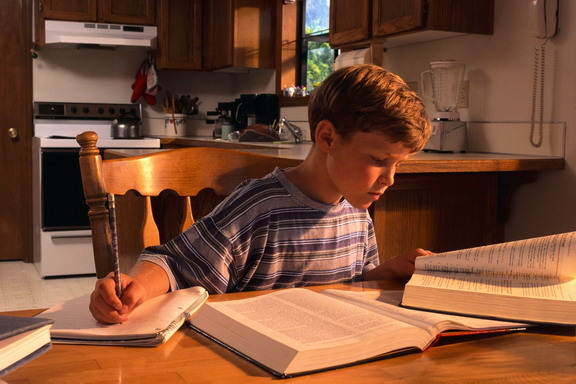 Related articles:
Instruction
1
Why not dispense with schemes for Russian lessons?
Schemes allow to see the structure of the sentence, identify its parts and to reflect the setting of punctuation marks. It is easy to see the boundaries of simple sentences in the complex.
If you learn to work with drawings on the lessons of the Russian language, it will not allow punctuation errors in the letter.
2
You begin to learn to make proposals on schemes in the fifth grade, when a friend, for example, with direct speech. This is the simplest scheme. They are usually with the letter P to denote direct speech, and the letter a - words of the author.
For example, you need to make a sentence with direct speech according to the scheme "N - A". You see what video it is before the words of the author. You can make a suggestion:
"Tomorrow we can come to you," said Peter.
3
In ninth grade, you become acquainted with more complex schemes during the study compound, and conjunctionless compound sentences. In compound sentences, each sentence is independent. In the diagrams, their boundaries denoted by square brackets. For example, according to this scheme [] and [], you can make the following offer:
It was beautiful weather and we decided to go swimming.
You have got a compound sentence, consisting of two parts which are connected by the conjunction "And".
4
In compound sentence parts of unequal. Such proposals consist of main and subordinate clauses (sometimes several). The main proposal in the scheme is denoted by square brackets, you put the question to the subordinate. A subordinate clause is a parenthesis. For example, you need to make a proposal for such a scheme [ ], (because...). You should have a complex sentence consisting of two simple (main and subordinate) associated with "because". It is possible to make the following proposal:
We went on a trip because the weather was good.
5
If you need to make the offer according to the following scheme [] : [] you are dealing with the complex asyndetic sentence. You can write the following sentence:
We were late to dinner and I had to zigzag through the streets of the city.
You see that in a compound sentence, two independent parts, non-unions, between which there is a colon.
Useful advice
Make proposals to the schemes. This activity will help you to avoid mistakes in the letter.
Is the advice useful?
See also
Подписывайтесь на наш канал