How to boil white stuff

White stuff (clothes and underwear) can turn yellow, or purchase gray not only due to contamination but as a result of prolonged storage. Now in stores very large range of detergents. This various powders, bleaches, gels for washing, stain removers and conditioners for rinse. All these cleansers remove any dirt and make clean. But these tools have a significant drawback: they can cause allergies. 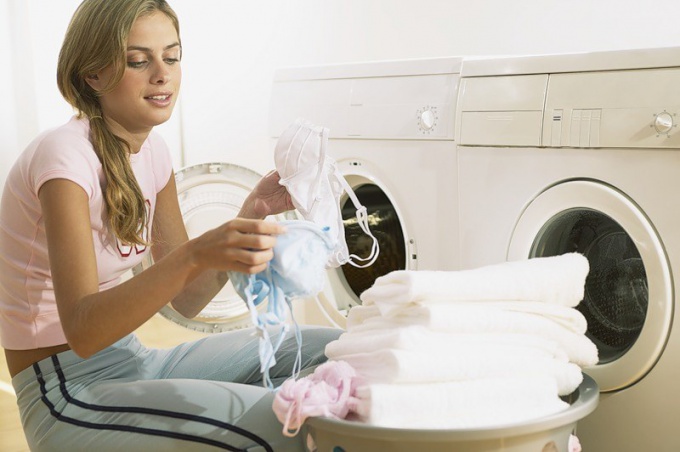 Related articles:
Instruction
1
If you have any need to return things to the original white, then come to the aid of boiling (cooking). Boiling is the oldest method of whitening. Boil mostly white cotton or linen sheets and tablecloths.
2
If you need to boil linen, prepare enamel bucket (tank) and bleach. Pour the bleach into the tank (read the instructions on the packet, wherein the ratio of water to powder), then pour slightly warm water, stir the bleach and put the linen so that the water it closed. Don't put things immediately into boiling water, mud and a brew to wash it will be more difficult. Tank put on a slow fire and bring to a boil. Simmer for 1.5-2 hours, stirring occasionally contents of the tank. Then turn off the heat and leave things to cool down. After boiling put the linen in warm water asterite residual stain hands.
3
Bleach you can substitute other recipes.
0.5 kilograms of chlorine and 0.5 kg of soda ash dissolved in ten liters of water. Solution strain and boil a linen. This method will make linen without special additives is clean.
4
Other prescription solution — soap-soda. It is prepared at the rate of 6 liters per 1 kg of Laundry. Take in 20-50 grams of soap and soda (or regular soda). Dissolve them in water and boil this solution linen.
5
10 liters of water, 2 tablespoons ammonia and 2 tablespoons of 3 % hydrogen peroxide. In this solution linen boil for 40 minutes.
Boil the linen after washing, or on the contrary to her. Dry your product outdoors, the wind and the sun will give them a scent of freshness that will not be able to give a single rinse.
6
But do not rush to crawl on the mezzanine to look for that huge pot. Washer also can help you in this matter, just in the wash will expose a temperature mode 90 to 95°C. washing at this temperature equal to the boiling. But look carefully recommendations for care, whether they can be washed at high temperature.
Is the advice useful?
See also
Присоединяйтесь к нам
New advices