Drink with a story to last a Millennium

Perhaps, chicory can be called truly legendary plant in Russia, comparable only to ginseng, cocoa and tea. Why do all these plants have become so popular that they continue to be used as a beverage for many centuries. 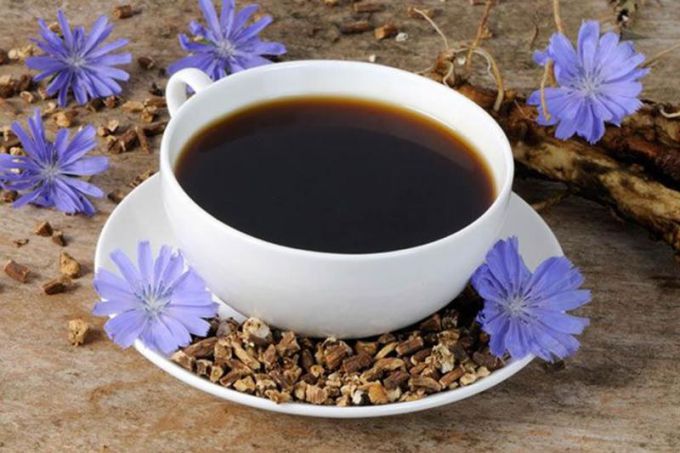 Chicory continues to be a popular drink for centuries because of its medicinal properties. For more than a Millennium has passed since the first mention of this plant in ancient Egyptian papyri. The Arabs and other ancient scientists also have examined in some detail all the beneficial properties.

In Europe, this product began to be used as a beverage with a very pleasant taste in the Middle ages. It is believed that it came from China or India through Russia, so drink and settled in this country. For the first time in industrial scale, chicory in Russia began producing in the early 19th century, and after in enormous quantities exported outside the country until the First world war. However, in these times, the product was used just as a pleasant drink, not the drug.

However, the useful properties of chicory in any case should not be minimized. He has a huge amount of useful vitamins group, vitamin C, pectin, carotene, and most surprisingly, one of the most rare substances – inulin. This polysaccharide helps to reduce blood sugar and improve metabolism. Dramatically lowered the rate of blood cholesterol and triglycerides. This will especially help people with obesity and diabetes.

The uniqueness of inulin is that it is absorbed in the intestines, not the stomach. This allows to normalize the microflora. The inulin eliminates heavy metals and toxic substances, passing almost as a sponge through the body. Thus it does not affect the absorption of useful vitamins, even helping calcium.

The usefulness of the chicory has been proven practice, the length of the Millennium, and confirmed by modern scientists. However, one should not focus only on the drink that you can buy in any store. Now there are many recipes that use directly the plants themselves. They also have a number of useful properties.

However, if you are not able to acquire real chicory, drinking it can help you too. The main thing is to select the most suitable, for example, freeze-dried with a soft drying.