What part of Baileys

Baileys is popular all over the world creamy alcoholic liqueur originally from Ireland. The brand is owned by R. A. Bailey & Co, which, in turn, controls the British company Diageo. 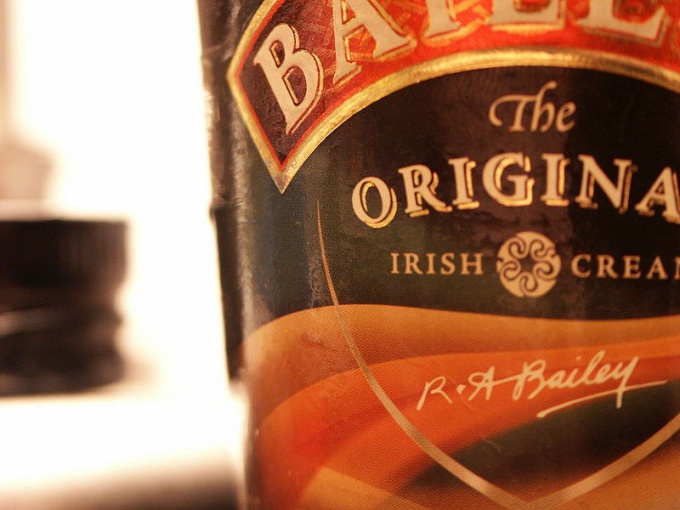 Baileys liqueur is made with 1974. His fortress is 17 percent.

This drink is the first among the many today of cream liqueurs. However, none of them never managed to repeat the huge success of Bayliss.

Only in the first year since the beginning of the production was released 72 thousand bottles.

Today, in addition to the "Baileys Original" (that is, the classical version of Baileys liqueur), produced a whole line of drinks based on it. Including "Baileys chocolate Mint" (with the addition of, respectively, chocolate and mint), "Baileys Creme caramel" (caramel) and "Baileys Cream coffee" (coffee).

The structure of a classic liqueur

The composition of the liqueur is Irish whiskey and fresh cream. In addition, Baileys contains sugar, vanilla and cocoa beans. The peculiarities of this drink is precisely balanced combination of high-quality and natural ingredients. Artificial preservatives it contains. Cream saved due to alcohol.

By the way, a special soft drink gives a method of triple distillation, which is used in the manufacture of Irish whiskey.

How to drink Baileys

Bailey, like all liqueurs, usually served after a meal as a digestif. It is served by itself or in combination with dessert, for ice cream, coffee, fruits, berries.

Clean Baileys served in special glasses for liqueurs. Liquor shot glass resembles a glass of vermouth, only smaller. The volume of such glasses is usually between 25 and 50 milliliters. Allowed to serve liquor with ice.

The glass of liquor can be decorated with strawberries or sprinkled on top of the drink with cocoa powder or grated chocolate.

In addition to ice cream, with Baileys is a beautiful combination of strawberries, cherries, nuts, marshmallows, all kinds of cakes and desserts such as tiramisu.

Based on the Baileys serves a variety of cocktails. The most famous of them – the B-52, "Orgasm", "Irish dream", "Baileys frappe" and others.

B-52 is a very spectacular layered cocktail consisting of three different liqueurs in equal shares. To make it is used coffee, orange liqueur and Baileys.

First transparent stack pour coffee liqueur. Then gently with a bar spoon to spread the creme. It is important to ensure that the layers did not mix among themselves. Top the third layer is not less carefully spread a third of the liqueur – orange.

This cocktail usually drink without the straw. However, there is an even more impressive version of his submission to the ignition of the drink. In this case, the cocktail should be drunk quickly through a straw while it is burning.
Is the advice useful?
Подписывайтесь на наш канал