How to water tomatoes in the open ground

Watering tomatoes - this is a necessary and important procedure in obtaining high yields. Incorrect watering may negate all the efforts to care for this culture, has become home to our beds. 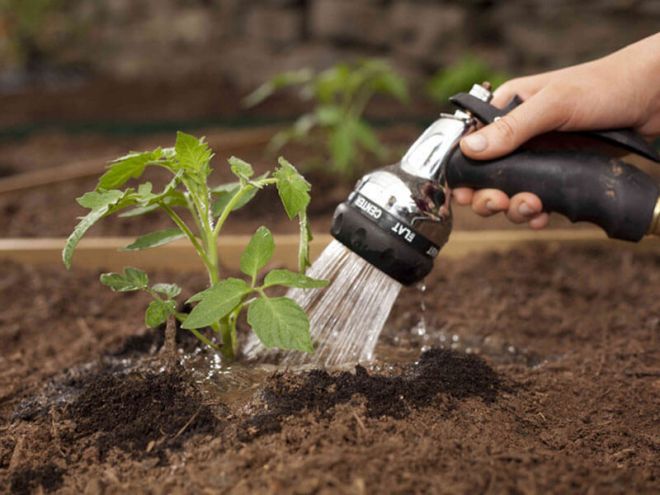 In glaze always makes its own adjustments weather. Planted the tomatoes watered, subject to weather conditions. And still, there are certain accumulated experience of the rule of watering tomatoes:

- Planted seedlings watered only in the hole under the root.

- As survival and growth of plants watered in furrows, by rows, and not under root.

Entered into fruiting tomatoes poured over the entire area of landing.

- In case of severe cold (below 10C) and rainy weather watering and feeding is not carried out.

- Like all plants, tomatoes watered only in the morning or evening hours in Sunny weather. In cloudy weather the time is not significant. Importantly, the temperature of the air and water were comfortable.

- In the blur of the soil and exposure of roots to them, be sure to cover with soil or apply mulch. 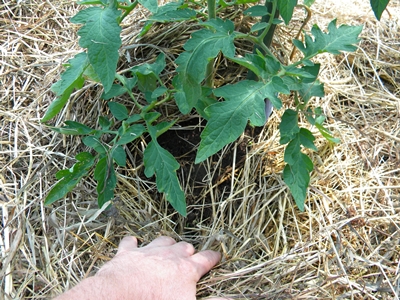 - It is impossible to water the tomatoes cold, cold water from wells. These plants are natives of the southern territories, and not the northerners.

How many times a week should you water tomatoes in the open ground?

On average every 5-10 days. But given the different growing conditions this crop (soil texture, precipitation, age and height of plants, etc.) the frequency of watering may vary. Most important thing is that tomatoes like excessive watering, but "swamp" the soil is not allowed. Also adversely affected by frequent watering in small doses. This weakens the health of plants and provokes a fungal disease.

The first sign of having to water the tomatoes, the lower leaves on the plants are curled. If the leaves are droopy, then it is not an indicator of lack of moisture, as an indicator of weakness of the root system.

During prolonged hot weather, if tomatoes are watered deeply, plants are easier to tolerate these tough conditions overheating and preserve all the floral brushes.

If the soil is heavy clay, dry, before watering it should paraglide. Such soil is poured in several stages, allowing to go into the ground each batch of water.

To save time and water, as well as deliver moisture and nutrition easily and accurately can modern system of drip irrigation, which is on sale in garden stores. But gardeners-craftsmen and themselves come up with their own simple and inexpensive system for irrigation. 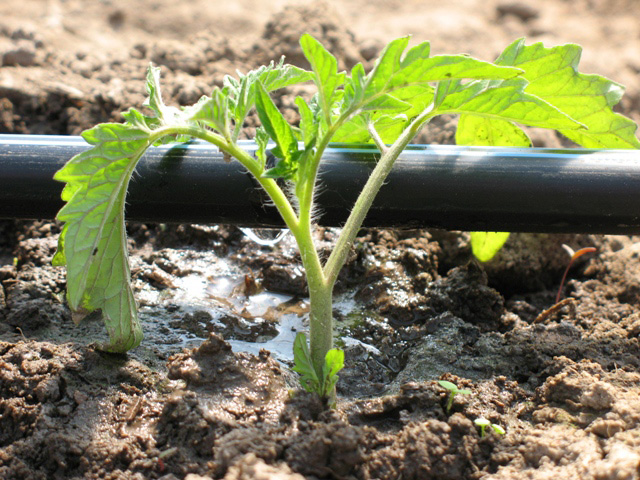 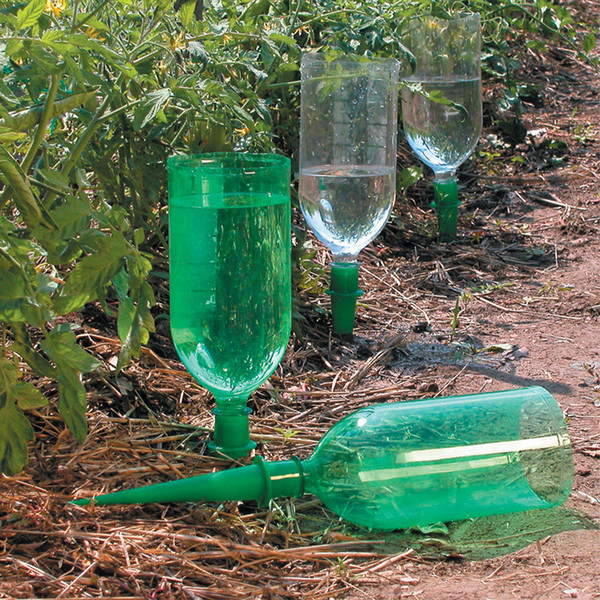 Incorrect watering is a bad root and poor development of the bushes, no flowering, shedding of flowers and ovaries, smaller fruit, cracked fruits, loss of yield. Tomatoes, which came into bloom, it is not necessary to fill in, generally, the excess moisture causes the growth of green mass and stepchildren. Before the appearance of the fruit at the first brush of plants are best watered sparingly.