How to water the vegetables in the garden

Irrigating a crop beds should be promptly, regularly and correctly, because each vegetable has its own culture of drinking regime. 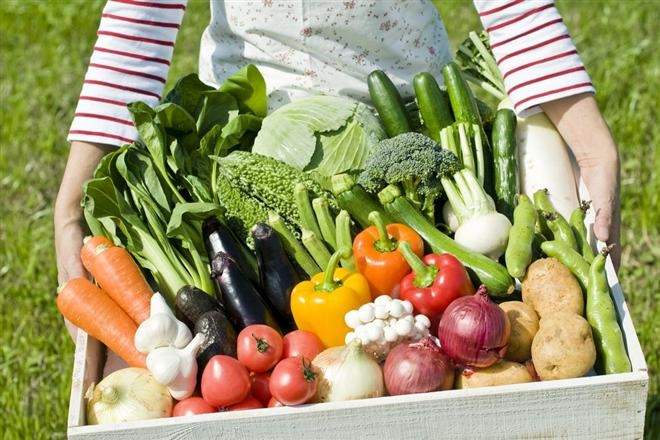 Cucumbers have a weak root system, which is located in the upper soil layers. Therefore, they require frequent watering, but to make it better just by sprinkling method. If plants on the leaves appeared dark spot, which suggests infection, from watering by sprinkling method is necessary to refuse. In this case, watering is done at the root, without touching the foliage. When culture began the process of flowering, watering is required to conduct every 3 days. To water cucumbers it is desirable to 17 o'clock. In hot weather watering is carried out daily, and if there is a decrease in air temperature, it is advisable to water the plant in the morning. It is impossible to water the cucumbers with cold water.
2
Tomatoes

This vegetable crop requires irrigation at the root, however, in hot weather (+35-40) possible irrigation by sprinkling method. To make watering tomatoes need to break, and in the flowering period once a week. In rainy and cold weather, watering is not produced.
3
Cabbage

Cabbage is hygrophilous culture. To grow juicy harvest of cabbage, it should be abundantly watered until the formation of head. If the weather is hot and dry, watering is made twice a day, morning and evening by sprinkling method. In the daytime cabbage is better than no watering, as this leads to the mucous bacteriosis. If the weather is cold, cabbage watered at the root. Late varieties of cabbage watered every day, early rarely – once in three days. Two weeks before harvest, watering is required to stop.
4
Carrots

After sowing seeds of carrots and before the emergence of the need to maintain high soil moisture. Before sprouting, it is desirable to cover the carrot bed with polythene, this will retain maximum amount of moisture in the soil. Carrots are watered from a watering can with a nozzle with strainer. The last watering is carried out 3 weeks before harvest.
5
Beets

Beets do not require copious and frequent watering. For a good harvest she had enough four-time watering per season. If the weather is hot, the beets are watered to avoid wilting of the foliage. Watering is done in the morning hours or after sunset.
6
Radishes

Watering is done frequently but in small volumes. Radishes growing in the open ground, it is advisable to water from 16 to 17 o'clock. If the soil a light watering produce in a day. After watering, when the soil dries out, it should be slightly loosened with a rake.

To carry out watering onions and garlic need to once in 5 to 6 days in dry weather. If it rains often, the beds can never be watered. The culture is poured in the grooves. A month before harvest irrigation should be stopped. This is to ensure that the bulbs are dried out well in the soil.
8
Potatoes

Carry out watering in furrows in the soil. When the soil has dried after watering, it is necessary to aerate, sprinkle with sawdust, peat or humus. If you do not apply the mulch, then watering is once a week. A couple of weeks before harvest, potatoes need to stop watering to keep the tubers clean and dry.
9
Zucchini and pumpkin

These crops are watered abundantly by the roots. It's best to water in the morning or evening after sunset. Before the first hilling, pumpkin or squash need to be watered two times. Water flow 8 litres per plant. After earthing up, watering is not carried out 25 days. After appeared the first fruits, resume watering every 10 days. A month before the harvest watering produce, that the benefits gained more sugars, and the taste of the flesh was juicy.
Squash needs watering 20 litres per Bush plants. The Mature plant should be watered at the root with the order of once a month.
10
Pepper and eggplant

Make watering the plants need the roots once a week. In one season requires 10-12 waterings. The rate of water depends on weather conditions, on average 12 liters per plant. Need to irrigate in the early morning hours or after sunset. If the weather is dry, irrigation can be carried out in night hours. If the temperature is below 15 degrees, watering will not produce, it will protect the plant from the appearance of Botrytis.
Is the advice useful?
See also
Присоединяйтесь к нам
New advices