How often should I water the garden

Novice gardeners are sometimes interested in the question of irrigation of crops grown on the plot. Consensus does not exist here, because it depends on many factors, for example, from region to region, from varieties of vegetables, from the location of the crops, and much more. 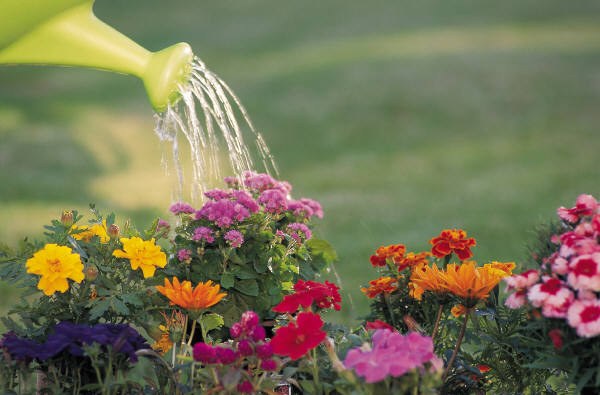 Related articles:
Instruction
1
If you are growing in your garden cucumbers should know that they love moisture. Therefore, they need to be watered frequently. But keep in mind that excess water in the soil can lead to the death of the root system. To avoid this, when the temperature is below 15 degrees instead of watering loosen the ground (at a depth of 6 cm). The optimum temperature of irrigation water should vary between 22-25 degrees, it is better to use pooled water.
2
Tomatoes should be watered rare, but abundant. If you see that the soil is moist, leave it as it is. When watering the water jet should be directed at the root, but some gardeners make special grooves, believing that thus they protect the root system from the formation of rot.
3
When growing cauliflower, you should know that she loves moisture. If it will be missed, the plugs are not formed. That is why on 1 square meter consume 20 liters of water. But if you notice a darkening of the cabbage leaves, reduce watering to a minimum for a while. In Sunny weather, moisten the soil only in the morning and evening, if you water the cabbage in the period of the solstice, the leaves appear burned. In cloudy weather, spray water at the root.
4
Peppers should be watered as they dry. This plant loves moisture, but a deficiency in the soil can not tolerate. Moisten the soil in the morning, pouring in 10 liters of settled water at 20 bushes. The roots develop evenly before watering gently loosen the earth, and at first one side and then the next day or two.
5
If you decide to grow zucchini, you should know that they do not tolerate moisture on the leaves, so water them at the root. These cultures are like moderate watering. Before flowering they need to be watered once a week, while consuming 4 liters per square meter.
Is the advice useful?
See also
Подписывайтесь на наш канал