Gliders is a simple light non-motorised aircraft. Exploitation is cheaper than engine aircraft, and so many years they are popular among aviation enthusiasts. And hang gliders give you the unforgettable sensation of free flight and are often used in entertainment and sports purposes. The design of these aircraft is quite simple, but for flying they need skill and experience. 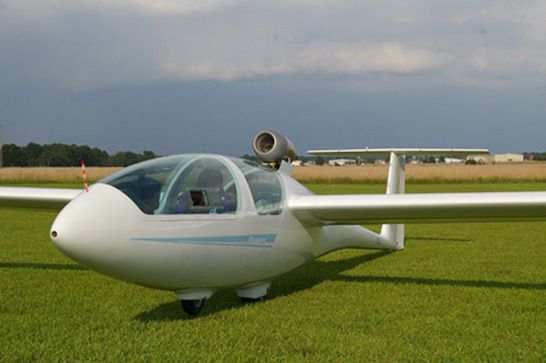 Airfoil - the wing shape is selected so that during the movement in the air stream formed a lift force with minimal resistance. The wing is the upper part convex and the lower flat, so the air flows around the upper surface with greater speed than the lower, which is why there is lift.

What were the first flying machines?

The first aircraft was heavier than air, resembled birds, but to get off the ground, they could not, because to stay in the air only by the flapping of the wings, not planning. Experimenting with gliders, the German inventor Otto Lilienthal made important findings while trying to control the flight. He died in 1896 during an accident in one of his gliders.

How to control the hang glider?

Hang gliders, as the gliders gain height in updrafts of air. The first gliders, the pilots ran, moving the body to one side or the other. On the tails of modern deltaplanerizm has a rolling surface, as in ordinary aircraft operated manually.

The structure of gliders does not require the engine, so to set the height needed to take-off, it is dispersed. Usually it draws on the powerful tow vehicle or motor plane. And when the glider attains the required altitude, the pilot drops the tow and the flight continues smoothly.

Is it possible to plan the landing of the glider? On the wings and tail of the airframe, like the engine of the aircraft have controllable surface through which the pilot can choose the course as accurately as possible. In addition, the wings of a glider equipped with "air brakes" that provides high speed and rapid decline.