How is called the balloon and who is its Creator

The balloon or rather the balloon was the first aircraft that enabled man to break away from the earth. The principle of operation of the balloon based on the Archimedes ' principle, and the lifting force of the aircraft is created by the density difference of air and gas, filling the shell. Lighter and less dense gas tends to rise in the region of equal densities, dragging the entire craft. Currently, the balloons are used for extreme tourism, sport, for amusement purposes and for atmospheric research. 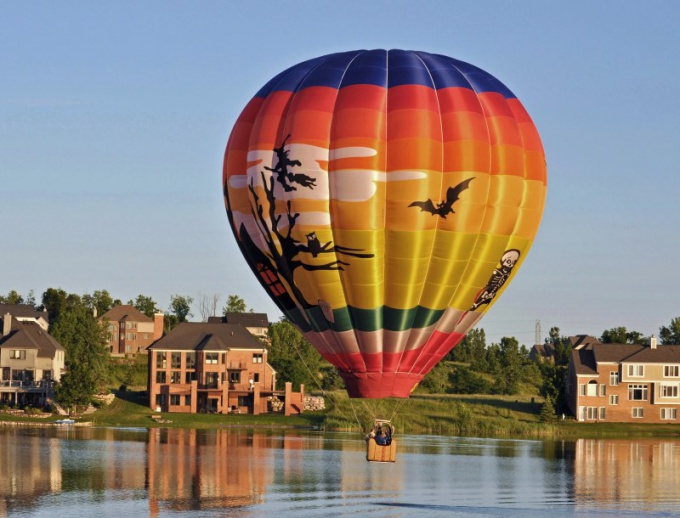 The word "balloon" is composed of the Greek words "Aero" and "statos", meaning "air" and "fixed". This term is used as the official scientific, technical and professional. The Russian language is firmly entrenched the phrase "balloon", which also has a right to exist. However, the name "the balloon belongs and a rubber toy, the descendant of an ancient bubble, sometimes filled with air, not with the lift. Therefore, in respect of the aircraft most appropriate, the word "balloon".

The main types of balloons

According to the technical solution, the balloons are divided into two main types. Gas-filled balloons invented by the French Professor Jacques-Alexandre-césar Charles. The first unmanned balloon flight Charles made August 28, 1783. The first manned free flight gas-filled balloon on 1 December 1783, the pilots were himself, Professor Charles and Robert mechanic. In honor of the inventor of gas-filled balloons for some time called Charleroi. Shell gas-filled balloon was filled with hydrogen, sometimes cheaper methane. Now for this type of balloon used helium. Otherwise arranged a hot air balloon, also called the balloon. The balloon sheath is filled with hot air or air-steam mixture. To maintain the high temperature of the air inside the balloon envelope is equipped with burners, often working on natural gas. The inventors of balloon manufacturers are French brothers Joseph and Etienne Montgolfier. Fascinated by the natural Sciences, the brothers Montgolfier on 5 June 1783, took to the skies first unmanned hot air balloon. 19 September of the same year they made the ascent in a Montgolfier balloon animals. At the height of about a mile was up a sheep, a duck and a rooster. The flight was successful, the possibility of safe human presence in the skies was proven.

Preparing the manned flight, demanded that the Montgolfier brothers equip your balloon furnace. While there were experiments, étienne Montgolfier, and a young physicist pilatre de Rozier undertook ascents on the tethered balloon. On 21 November 1783, the first free flight of a manned balloon. On Board were pilatre de Rozier and the Marquis d‘ Arland. The pilots regulate the temperature of the air in the shell, throw the chaff into the furnace. The flight lasted about twenty minutes and went well. Thus, priority in the invention of manned balloon belongs to the brothers Etienne and Joseph Montgolfier. The first people up in the air, became a physicist pilatre de Rozier and the Marquis d‘ Arland.

Have a toy rubber balloon, too, is the inventor. In 1824, the famous English physicist Michael Faraday glued two plates of the rubber elastic gas-tight shell of hydrogen studies. Within a few decades, this soaring into the sky bubble has become a favorite toy of children. Now fuel instead of hydrogen balloons helium is used safe.
Is the advice useful?
Присоединяйтесь к нам
New advices