How to insert the teeth, if you lost them

Teeth, unfortunately, not the strongest organ in our body. If you do not monitor their condition, sooner or later have to think about how to fill gaps in the dentition. Here are some useful tips how to insert teeth and which method of treatment to choose. 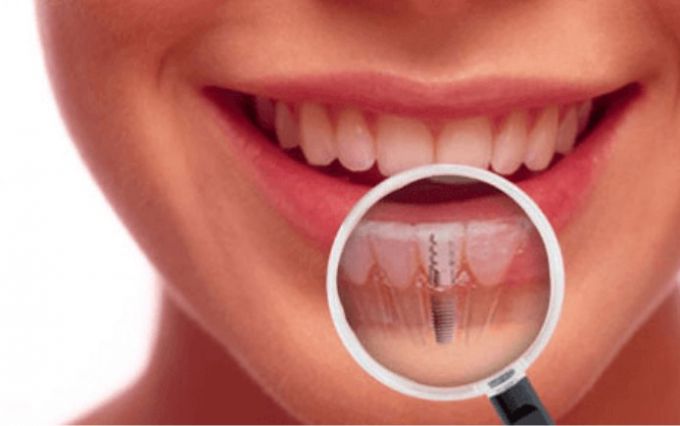 Dentures – the most common way. They are of two types: removable and fixed. Removable used, if the row is not left teeth at all, or missing them the most. They look like artificial jaws consist of plastic pink gums, white crowns of the teeth and fastening metal or plastic hooks. It is important that these devices can be mounted even just on the gums, that is no support for them not to. They are therefore inexpensive, but the appearance and comfort leave much to be desired. Dentures can fall out of my mouth, they violate the diction, they have problem to chew food.

The second type of prosthesis is not removable. This includes crowns and bridges, consisting of several crowns. Of course, they are more comfortable and aesthetic. But there is a problem – as the crowns and bridges are just for support. Usually, this own tooth, which is preserved only the root. As a variant of the implant. That is, to restore the whole dentition or the most part they will not fit.

Dental implantation is a kind of a step up from traditional prosthetics. Unlike conventional prosthetics added another detail – the implant or titanium screw which is screwed into the bone. Life it serves as a support for artificial teeth – by the way, this may be as a removable denture and single crown, a dental bridge.

The advantages of the implantation is that it is a more natural option to restore teeth because replaced and crown (top of tooth), and root. That is, the artificial tooth will function as inherent nature. In addition, the prosthesis is securely fastened, it looks very aesthetically pleasing, works exactly like a live tooth that is to chew them without any restrictions.

Of course, many are afraid of the pain, which will have to deal with dental implants. However, rest assured that modern dental implant procedure is no more difficult than treatment or tooth extraction. Install the implant, bone augmentation (required if there is a deficiency caused by the long absence of teeth) – all operations are necessarily conducted under local anesthesia and takes no more than 15-20 minutes. And in some cases from the doctor's office you will be able to come out with a new tooth.

This is a classic method, carried out in two stages: first the implant is placed into bone by cutting the gums and drilling a hole in the bone for the implant and then the gums sewn up. The implant remains without loading in bone for up to six months for fusion with the bone tissue. After it was fixed, fixed prosthesis, which looks like a natural tooth. In order for the patient was all this time without teeth, secured a temporary structure, usually removable, it holds the adjacent teeth or gums. Thus, you can restore one or all the teeth in the jaw.

This technique is more gentle against the patient. Prosthesis is (permanent, non-removable, but lightweight weight) is attached immediately after the implant placement. Themselves implants are "screws" being implanted in a bone puncture through the gums at the pre-modeled plan on the computer, based on 3D computer tomography, so the patient is very fast and simple recovering. Besides, the operation is performed in one step and lasts for 15-20 minutes, without severe injury to the soft tissue and sutures. As a result, you acquire a tooth almost immediately after implantation of the implant. The only caveat: while to chew on this tooth is possible, but we must do it very gently, increasing the pressure of chewing gradually.

Implants can also be installed simultaneously with the removal of the tooth – that is the root of a live tooth is removed, and the hole is placed into the implant. This is useful because there is no need to traumatize the bone and the gum, but, unfortunately, not always possible to implant the need to prepare for, and removal of teeth mostly occurs extra.

Thus, to insert the teeth is possible using conventional prostheses or implants. And the second option, though more expensive, but it is preferable – from the point of view of aesthetics, functionality and durability. Titanium root replaces the natural one, preventing negative effects on neighboring healthy teeth, which often happens if the lost tooth is not restored.