Insect in the ear: first aid

If the ear crawled an insect, but it does happen, it is not able to penetrate the eardrum and, therefore, dangerous. But the wiggling insect in the ear canal, it beating on the eardrum causes dizziness and a lot of noise in the head. 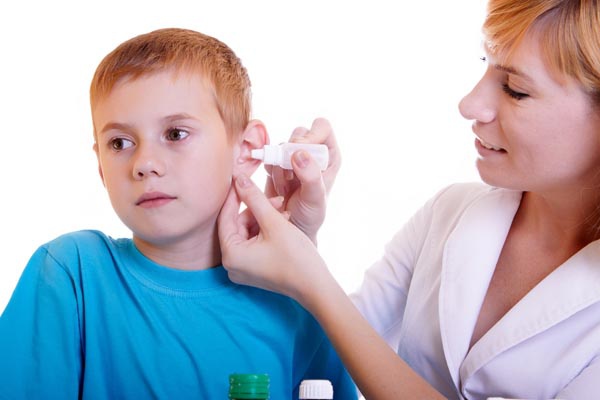 The situation is not dangerous, but very unpleasant, as it causes the anxiety of the victim, especially children suffer. If the case happened in the woods, it is not necessary to provide on-site assistance, it is necessary to calm the man and hurry back home.

What to do if ear got the insect

Live foreign body in the ear cause discomfort more than getting into the ear canal other items. The first step is to stop the insect, it is best to kill him. Suitable instillation of the ear. You can wash it simply with clean water, and you can get it in alcohol, vodka or oil. Butter is better to bury warm but certainly not hot.

Next, the victim should shake its head, with the ear in which hit the insect should be sent down. If the insect is small in size, the greater the likelihood that it will washed away with water. Wash the insect with the help of the syringe, only to do it very carefully so as not to push the insect even further.

If this step did not bring due results, then further extraction of the insect may only be done by ENT doctor.

Attempts to free the ear canal on their own, using a pair of tweezers, a match or another object may lead to injury of the skin ear canal, causing bleeding. Also there is a possibility that will be able to remove only part of the insect, and the rest will provoke the infection.

The danger of self-removal is that the insect can be advanced further, there is a risk of damaging the eardrum.

How does the ear canal

Interestingly, the auditory canal is so constructed that it is able to get rid of a foreign body caught inside of it. This happens due to the constant growth of the skin of the ear, it grows as fast as nails, and a foreign object is pushed by it, even when embedded in the skin.