What if you had a fight with a friend

Some skeptics claim that the friendship between the ladies is a myth. It certainly will not agree to those women who have more than one year a true and proven by deeds their loyalty to a friend. However, even the strong friendship sometimes is being tested - including in the form of banal quarrels. What about those who had personal experience with such a phenomenon? 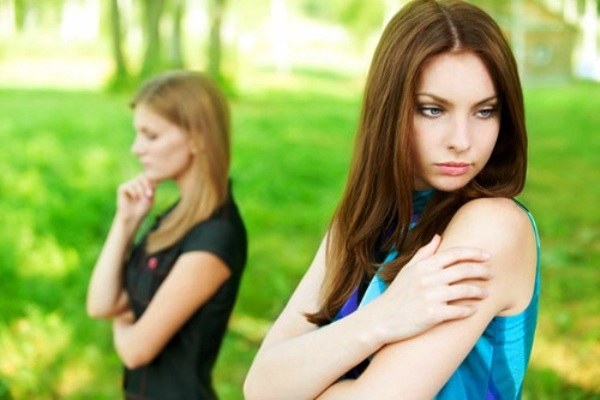 Related articles:
Instruction
1
Openly talk with a friend. Most arguments happens on the basis of vagueness and misunderstanding each other. Before speaking, make sure that is relatively quiet and does not intend to continue to fight. Mentally put yourself in the place of its counterpart, and really try to understand her opinion. Connect with position is not terrible Prosecutor (even if a significant part of the blame for the quarrel lies not with you), and a loving, understanding girlfriend. Perhaps as a result of this communication you acknowledge that, in reality, serious problems between you there, and past differences are based only on your mutual baseless assumptions.
2
Don't leave your stuff about someone from others. Don't complain to outsiders of how supposedly terrible your girlfriend - even when she really seriously hurt you. If your task is really to make amends, such actions will only deepen the contradictions between you and will simply give no occasion to the next gossip. Remember: this case only two of you, and therefore finding a solution to the contradictions and overcome the differences should only be carried out by you. Others such problems involve not: they are only observers and not participants of these relations.
3
If the friendship you really value, do not seek necessarily to figure out whose fault it was in a fight. Surely you both behave incorrectly. The quarrels is rarely to blame someone, because don't give up and share the responsibility for such a bad situation - even in the case where the main cause of the quarrel seems to have been some action or remark of your girlfriend. Attempts to find the main "offender" and "victim" among the two of you just gives you another explosion of negative emotions and will not be productive.
4
Learn how to draw conclusions from such a conflict situation, and not from the position of someone's guilt, but from the point of view of prevention in future of the possibility of such quarrels. Together with a friend, try to eliminate the real cause of the conflict (of course, if possible) or at least not focus on it attention. For example, if there are disagreements because of the delays some of you at the next meeting, please call in advance before such a rendezvous and recalls its specific time.
5
If your partner brought an extremely serious offense friend, who forgive you not, break her friendship. Perhaps you both just changed so much that I can't continue to exist too close psychological distance, as you could previously. However, before you find the gap in the final conversation with the now almost ex-girlfriend. You both deserve to finally figure out the relationship. However, no matter how offended you might be, keep communication without increasing emotional degree. Still with your vis-a-vis your relationship a period of strong friendship, and because in the name of preserving the memory of those bright moments try to leave on a good note.
Note
Pride - not the best counselor for those who really care about friendship. Such relations are always trade-offs. Therefore, when necessary, cast aside pride and go to reconciliation. Also, don't try even in the heat of an argument painful to hurt your own girlfriend - if she is really your road.
Useful advice
When reconciliation is still possible, don't be afraid to make to the first step. Thus, you show your wisdom in relations with others, especially those who are close.
Is the advice useful?
See also
Присоединяйтесь к нам
New advices