Parents often baptize their children, not even thinking about why, and why they do it. However, not everyone is aware that the rite of baptism is not only a beautiful ceremony in the temple, and not a means of protection from the evil eye, and the vagaries of diseases. 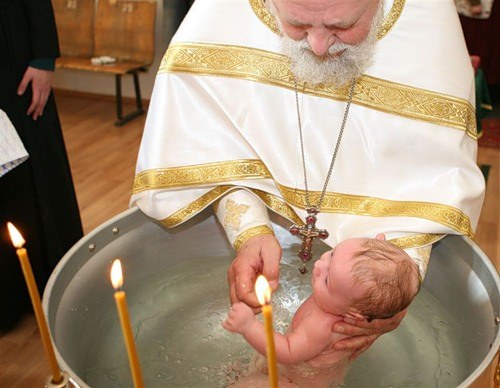 Related articles:
Many baptize their babies just because it is supposed to. Modern moms and dads are in the majority, too, was baptized as a child (though not as massively as the current kids), so this ceremony is perceived as a matter of course. Very often it is the rite of baptism ends with the initiation of the crumbs to the Church, and then visited the temple of, at best, a few times a year on the big Church holidays (Easter, Christmas). Some see the sacrament of baptism as a kind of "the pill" from any problems with the child's health or behavior and believe that, having a ritual can help the child to recover faster or stronger to fall asleep, not comes in hysterics. Very often such an argument not only the young mom and dad, but older, experienced family members. However, consider baptism a way of obtaining indulgences from Higher powers is fundamentally wrong. Christian parents consider the process of baptism as a completely natural event and the children they baptize because I can't imagine how you can do without it. According to Christian teaching, at baptism a person is attached to the Kingdom of God, and to do so must still in its infancy. In this case, the parents are fully aware of, which means this ceremony, they hold appropriate training (prayer, confession) and a very responsible approach to the choice of godparents, which have become a reliable support for toddler. In such families the child is not just going through the sacrament of baptism, he joins the Church from a very young age. Admit it, I go to him for service, he read the Bible, or simply retell the parable, of course, even the smallest.I must say that from the point of view of faith only in the third case, the rite of baptism makes sense. Although the priests do not refuse anyone, because in any case a child attached to God, and then everything depends on his parents and godparents. And sometimes mom and dads come to faith through the toddler, through the sacrament of baptism and the subsequent sacrament and service. And it is believed that during this ceremony the baby receives her guardian angel and falls under the protection of a Higher power.Some believe that to baptize a child at such a young age is not worth it, and we need to give him the opportunity to come to this. For true Christian believers, this tactic of waiting is absurd and impossible, because according to their beliefs, the child from the very young age should be educated in Christ and to be a real Christian (and, hence, through the sacrament of baptism).
Is the advice useful?
See also
Присоединяйтесь к нам
New advices