The most common diseases of chickens-laying hens

Most often laying hens susceptible to diseases such as coccidiosis, ascariasis and tuberculosis. The most common causes of health problems of feathered Pets is the poor care and improper feeding. 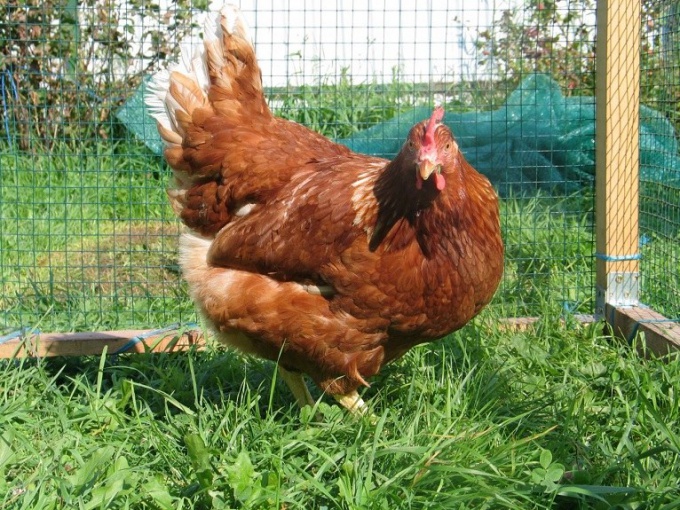 The causative agents of coccidiosis is considered to be protozoan parasites of the coccidia, which in nature, there are 9 types. Distributors of this disease are rats, mice, and wild and domestic birds. Contamination occurs when the chickens eating the feed, in which the parasite lives.

That bird that is infected with coccidiosis, you can judge by its behavior. Sick birds usually move about with drooping wings, and I eat very little and are constantly in search of Sunny places. Having found such, chickens, ruffled, are there throughout the day. This disease progresses relatively slowly, but if left untreated birds, in the end it can lead to complete paralysis of wings and legs.

The most effective drugs for the treatment of coccidiosis are "coccidosis", "avatek" and "sacox". Based on the fact that these drugs are most effective in combination with antibiotic treatment chickens should be done only under the supervision of an experienced veterinarian.

In order to protect the birds from coccidiosis, the first thing to take care of the cleanliness of the house, as well as equipment, drinking bowls and food containers. It is important to ensure that the compound was not rodents, because these animals are the main carriers of infection.

The ascariasis is most often circulated in Chicks or young chickens. The distribution of the disease is a major parasitic nematode that after the ingestion of the feathered food settles in his gut. Symptoms of ascariasis – loss of appetite, appearance of lethargy in his movements, a significant slowdown. Infected with this disease of chickens, usually, rush very rare.

The ascariasis in chickens treated with a solution of piperazine - 0.25 g per litre of water for adult birds – 0.5 g for the same amount of water. The best prevention of disease – the contents of the house, drinkers and feeders clean.

In contrast, coccidiosis and ascariasis, tuberculosis is virtually incurable disease, which is very difficult to diagnose in the early stages. The appearance of the main signs of disease (lesions of skin and oral mucosa, as well as the development of tumors in the joints), disease is not treatable.

Tuberculosis is dangerous for people, so the sick should be immediately feathered to score, and the corpse to burn. In any case can not be used in meat cases of tuberculosis chicken.
Is the advice useful?
See also
Подписывайтесь на наш канал