The most frequent malfunction of the refrigerator

Refrigerators can break down for a variety of reasons, but some of the faults occur most frequently. The reason of breakages can be as banal negligence of the owners, and other factors. The more refrigerator parts, the more can be the reasons for the failure of the device itself. 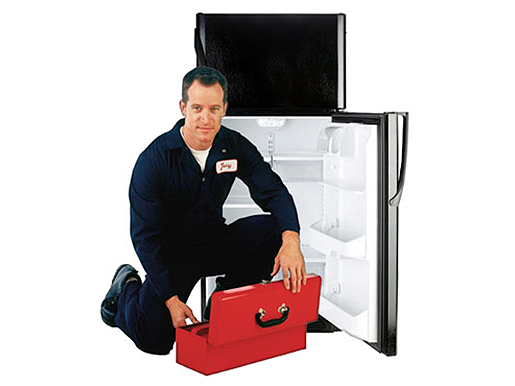 Related articles:
Not always the refrigerators break down due to defective parts. Often breakdowns occur because of careless handling of the appliances. Connect the refrigerator should only be in the correct socket, defrost in any case it is not necessary to scrub the freezer with a knife to quickly remove the ice. If you follow the rules, most of the units will serve their owners for many years.

What could be the fault

If the fridge is too warm, it might be a freon leak. The generators of cold is based on a complex system. Damage or depressurization of one of the tubes, of which the system consists, leads to disturbances in the operation of the device. If the tubes flows freon, will have to seek help from professionals.

Because of freon leaks in the refrigerator may be frost. But most of the reason for its appearance is loosely attached rubber gasket on the door. Due to a bad seal in the freezer to accumulate ice.

The temperature in the working space of the refrigerating chamber is non-standard, compressor refuses to turn on or off – such an unusual behavior of the refrigerator may indicate the need to replace the sensor in thermoregulation. Temperature controller – this is the sore spot of modern refrigerators. He fails most often. Experienced artists know that these elements, the service life is 5 years or 7, after which the heat-sensitive sensor can lose its tightness.

Possible causes of malfunction of the refrigerator

Faulty refrigerators can be associated with malfunctions in the operation of the components of electrical circuits, like the compressor or relay. If the refrigerator does not stop making noise or is constantly in a state of rest, cause of fault, except the controller, may be thermal or the starting relay or electronic control module.

Refrigerators often break down because of the voltage drop in the supply network. Sometimes even a protection system is unable to protect the elements from burnout to spoil any details, from the relay to the compressors.

Among the most common and difficult to fix breakdowns of refrigerators can add mechanical damage to insulating coatings on the inside. In such cases one cannot hope for lower cost of repair – most part of the device will need to disassemble to repair the leaks. When such a breakage would prefer to just buy a new refrigerator.
Is the advice useful?
See also
Присоединяйтесь к нам
New advices