How to call games in which a bat hits the ball

Baseball, softball, cricket, rounders. All these team games, as well as less common oyna and pesapallo, unites in the first place their main sport "weapon." It's called "bits", and its main purpose — strong and accurate kick of the ball. The first mention of the bat and ball belong to the XIV century and six hundred years later, some of them even were in the summer Olympics. 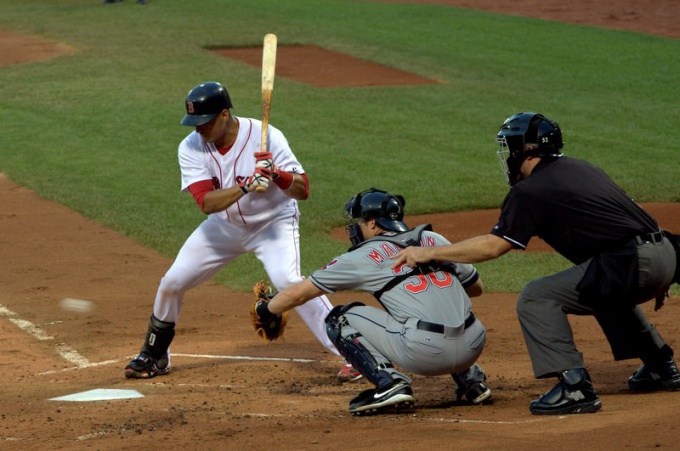 For the right to be called the world's most popular game, hitting the ball where the bat is applied in some extent "their", expect Britain and France. In particular, the Albion are confident that appeared, actually, in the US, baseball is a distant relative of the ancient British and Irish rounders. The French refer to picture 1344. It depicts some priests playing in la soule - the game is very similar to modern baseball.

The main goal of the competition with two teams, each of which has 9 or 10 people to score more runs/points than the opponent. Point counts in that case, if the offensive player runs all the bases located in the corners of a square. Actually, the name of baseball (English baseball how to spell it), comes from base — "base, base" and ball — "ball". And in Russia it has become very popular, thanks to the caps-baseball caps.

It is known that baseball is now played in more than 120 countries. But the greatest popularity he has gained in the U.S. as well as Cuba, Venezuela, China, Japan and South Korea. Since 1938, held Championships, and in 2004, and among women. From 1986 to 2005, the sport was included in the official program of the Olympic games.

By analogy with football and mini-football, baseball, too, is the "little brother"— softball. Play it not only in open but also in closed areas, but smaller. By the way, women's softball, born in 1887, was also in the Olympic program. But after the 2008 Games and he was excluded from it due to insufficient, according to the International Olympic Committee and popularity in the world.

This is another native of England, born in one of the sports powers of the world in the XVI century and quickly became, along with football, the national sport. Two teams, each of which, as in football, is composed of 11 people, in turn striking the ball into the box, trying to score as many points as possible and not to let them master the rival. Key role two: feed the ball to the bowler and tries to parry it with a bat - batsman.

The first mention of the old Russian game resembling modern baseball, Dating back to XIV century. Evidence of its existence was discovered during excavations in Novgorod. Like the British counterparts, in lapithos gets the advantage team, whose players are perfectly able to wield a bat impact, high running speed and resourcefulness. Every successful run brings point. Who ended up more wins.

Historians also claim that rounders was actively used in the Russian army in different historical periods, under Peter the Great and Vladimir Lenin. Modern sports rounders is common only in some regions of Russia, not taking advantage of the popularity outside of our country. However, the same fate of two more is almost similar types of sport — Romanian Oina and Finnish pesapallo.
Is the advice useful?
Подписывайтесь на наш канал