How to play Chizh

This is a popular game that is certainly played by your grandfather and father. Before playing, you need to make a bat (the stick in the form of a spatula) and the Siskin (a small four-sided stick with pointy, like pencil tips). 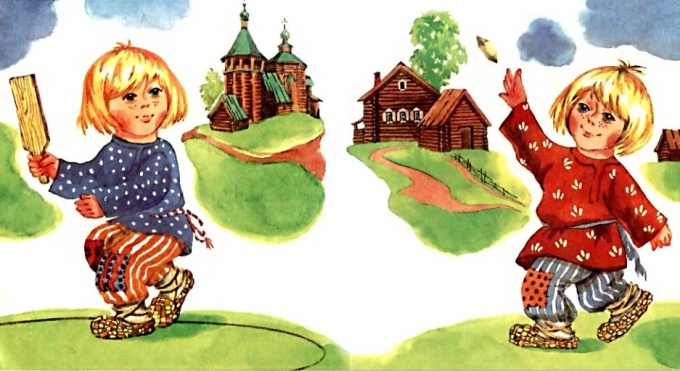 Two can play that game. First cast or using rhymes choose who to beat the Siskin (to be a thrower), and who led.

The goal: it aims to become the thrower.

Then draw a circle on the ground with a diameter of about two steps of the child (60-80 cm) is a city (or base). In 4-6 steps from the circle, hold the line of late. It becomes the line of late.

The thrower puts Finch in the center of the circle, pointed in the direction of line of line. Then the thrower takes a bat and hits the sharp end of the bird so that it bounces. While the bird is in the air, the thrower should have time to hit it with a bat so that he flew as far as possible behind the line of the con.

The task of driving, which is behind the line of con - catch the bird by hand. In this case, he becomes the thrower and the game starts again. If it does not catch the Canary, he goes to the place where the fallen bird and takes it in hand. Before picking up Siskin, you need to remember the number on its top face is so many attempts to throw in the town. Then he throws Siskin, trying to get into the city. Shot from the 2nd attempt it makes from the point where you fall Siskin, abandoned the 1st attempts, etc. In turn, the thrower tries to choose a place to beat the flying Siskin. If he succeeds, then it again goes there, where he fell Siskin, and the game continues.

If it was using all of the attempts being recorded in the city, then the thrower strikes again in Chizhou, etc. If Chizh enters the city, driving becomes a thrower.