What to do if I have lost gas or traumatic gun

Non-lethal weapons aimed at neutralizing the enemy. It should not cause serious injury and lead to loss of or damage to the health and physical condition of the people, against which it is applied. Representatives of non-lethal weapons are traumatic and gas pistols. 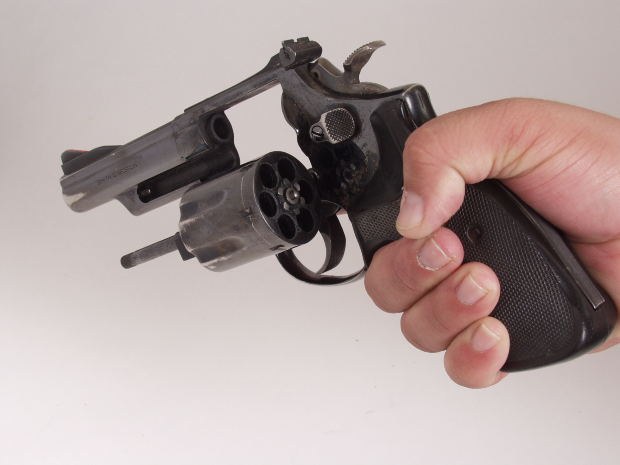 Related articles:
Traumatic gun - created for the defense of the civilian population against armed attacks, in the form of ammunition used rubber bullets, and the shot power is much less than in the gun battle. A gas pistol is a representative of the non-lethal self-defense weapons from which shooting is carried out gas and blank cartridges.

To store gas or traumatic gun is necessary in a safe or lockable metal Cabinet. The safe keys must be accessible only to the owner of the weapon. To carry a gun in a holster or purse holster for concealed carry of a gun, not allowed wearing the in your pocket, bag or transporting it in the glove compartment of the car. Do not, under any circumstances, to transfer a pistol to any other person or to carry weapons with them in a state of alcoholic intoxication.

Due to various circumstances of each person owning the gas or traumatic gun, can face the problem of loss. From a large Arsenal of weapons that the gun is easier to lose due to small size. And if that happens, you should immediately contact the police or the Department of licenses and permits of a statement. In a statement to describe in detail the fact and the conditions under which she lost the gun. It is better to write in two copies, one of which is to keep the marked body on the adoption of the document for consideration.

Punishment for the loss of the gas or traumatic gun

The perpetrators, prevent the loss or theft of civilian weapons are responsible, in accordance with the current legislation. This can be a fine or revocation of permission to possess firearms. In cases where the owner of a traumatic or gas gun admitted the fact of theft or loss of weapons in hunting, fishing or when stored in the vehicle - it can serve as an instrument of crime. If the new owner of the gun will make it a crime, then the owner may be applied to criminal, not administrative liability.

The loss of the gas gun Russian legislation, a penalty is not provided, but in the case that established fact careless storage, in accordance with article 20.8 of the administrative code "Violation of rules of production, sale, a collecting, exhibiting, accounting, storage, carrying or destruction of weapons and ammunition" of the penalty. The penalty is from five hundred to two thousand roubles. In addition to a fine can be applied to the deprivation of rights of acquisition and possession or possession and carrying of weapons. A sentence of imprisonment of six months to one year.
Is the advice useful?
See also
Подписывайтесь на наш канал