Where you can legally purchase a gun battle

According to the law "On weapons" to citizens of Russia allowed to have personal use of combat firearms pistols, while talking about legalization go not the first decade. However, there are a number of countries in which handguns legally implemented among the population through specialized shops. 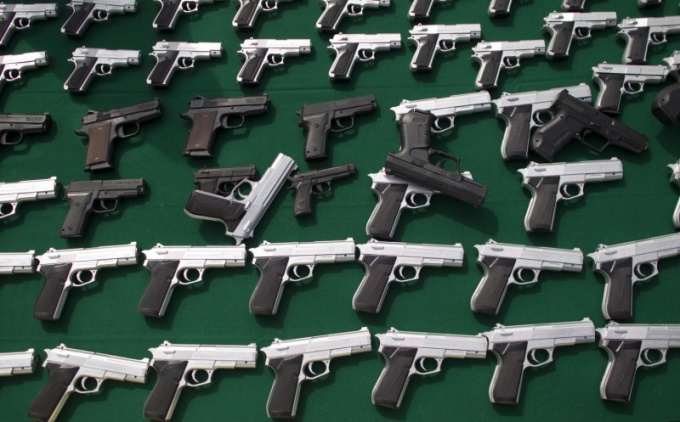 In Russia, 100% legal, you can only buy a collector's gun. The age of the weapon must be at least 100 years. Under these requirements suitable, for example, revolvers during the First world war the owner must have a valid collector's license issued by the Ministry of interior, or conclusion, Roskhrankultura" that gun is a cultural and historical value. However, having a collector's license does not give right to acquisition and storage of ammunition for the available weapons.

More complex, but the legitimate way is to open a private security Agency. To hire a Director, with higher legal education, to obtain a license of the legal person on the security activity. Then get settled in the firm a licensed security guard and through it purchased a legal battle gun and the right to carry and use according to the law "About security activity" and "On weapons".

Legally buy the gun battle can US citizens in their country. Moreover, in many States you can buy automatic weapons (machine guns and assault rifles). In 23 States allow the open carrying of weapons in 38 States – hidden, and in Alaska and in Vermont, a license to carry firearms is generally not required. However, all is not well: in Illinois there is a complete prohibition on the carrying of weapons, it can only be kept at home.

To legally buy a gun in Norway. The applicant for a license for handguns it must be at least 21 years old, he needs at least six months to be in a shooting club and pass exams on the fundamentals of the use of weapons. Even after obtaining a license from the national should not withdraw from membership in a shooting club and, at least occasionally, to attend sporting competitions in shooting. This is due to the fact that in Norway, very reluctantly issued a license for handguns self defense, license to carry firearms for sporting purposes – easily. On the other hand, living on the Islands of Svalbard, students are forbidden to leave the settlements without weapons and ammunition from-for the become frequent cases of attacks of bears.

Allowed to own military guns and in Brazil. While wishing to acquire the licence must be aged 25 years and above and to prove the validity of intention to purchase weapons. Wearing a pistols only allowed in rural areas provided that they prove the existence of a threat to the life and health of the gun owner or his family members. Every gun owner is registered as a hunter.

In Andorra and Switzerland citizens are allowed to have any firearms. Even that is in service in the army. The fact that the responsibility for national defense lies with the citizens and in case of mobilization they must be with their weapons. Also permitted the possession of pistols in Argentina, Bulgaria, Holland, Germany, Italy, Israel, Canada, Mexico, Finland and the Czech Republic. From countries of the former USSR to legally buy the gun battle in Georgia, Latvia, Lithuania, Moldova and Estonia.
Is the advice useful?
See also
Присоединяйтесь к нам
New advices