Why can appear the blisters on the body

Underneath the blisters you know the bubbles that are formed due to the separation of the upper layers of the skin from deep. The space may be filled with fluid. Blisters different. They can accumulate on some parts of the body in the form of rash and may occur in the form of single elements scattered throughout the body. 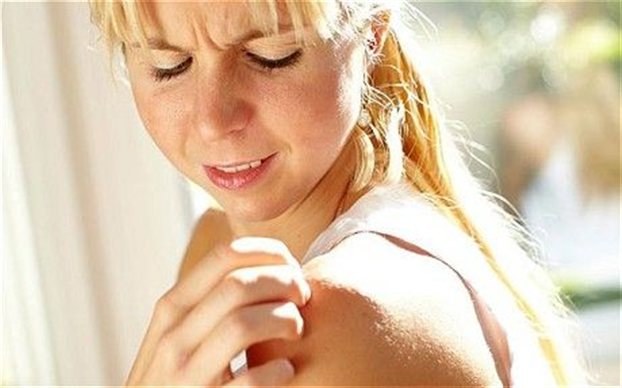 Related articles:
Swelling of the skin, which is usually referred to as blisters, sometimes occurs as a result of insect bites or after exposure to aggressive substances. For different ailments these bumps are formed on any parts of human body.

So, the blisters that form on the hands, often appear due to the friction of the skin of an object, for example, clothing or equipment. Usually this phenomenon occurs in people working with different garden tools.

Bumps on the hands can be the consequence of scalding hot water or prolonged exposure to sunlight, contact with skin pair. It can also occur when toxic components, such as fertilizers, chemicals against pests or household chemicals.

There is another factor that leads to the formation of such a rash on the hands is an allergic reaction of the body. This phenomenon can be caused by any specific allergen from food, as well as a result of the reaction, which provoked by use of medications.

Blisters can be formed due to the development of some infectious diseases. These include fungal diseases and chicken pox, diseases of an infectious nature of the skin, and shingles, herpes.

A serious problem which is also accompanied by the appearance of blisters – this is an autoimmune disease. Such education not only can appear in the oral cavity, but also on upper limbs. In such diseases, called dermatitis herpetiformis, which appears on the hands blisters very itchy. This disease to treat the chronic type, and such subcutaneous bubbles are formed periodically throughout the life of the patient.

Also as a result of violations of metabolism can the human body to appear the blisters. Crashing in the digestive system leads to the fact that the body eliminates through the skin from toxins. This reaction is often accompanied by a rash on the body.

The blisters in men

The strong half of humanity sometimes blisters may appear on the penis due to infection of sexually transmitted diseases such as chlamydia or sexually transmitted ulcer. This disease is accompanied, in addition to blisters, yet some of the specific allocations, and the itching and burning during urination.

Everything else should add another factor, which is not with the exception of the appearance on the body people of different blisters is a strong frostbite.
Is the advice useful?
See also
Подписывайтесь на наш канал