What if the hands were small, watery bubbles

If you see that the skin is very watery, small bubbles, you must first find out the cause. Proceeding from it, can be treated with folk remedies or medicines. 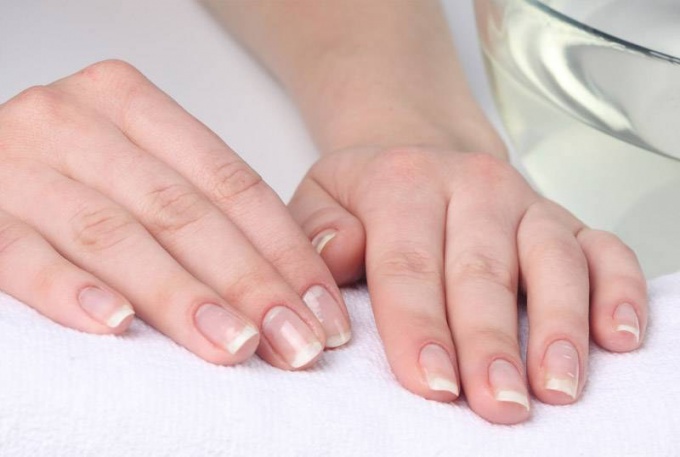 Related articles:
Smooth and beautiful skin is every woman's dream. But watery, small bubbles can in an instant to destroy it. They occur for a variety of reasons.

Most often small and watery bubbles appear due chicken pox. Despite the fact that mostly this disease occurs in children, adults are also susceptible. The causative agent of varicella is a virus that is transmitted by airborne droplets. First, a small, watery vesicles appear on the hands, and then spread throughout the body. This disease is also accompanied by weakness and high fever. It should be treated with the help of green fodder. It is necessary to cauterize the bubbles, causing her previously with a cotton swab.

Tinea versicolor often becomes the cause of small and watery vesicles on the hands. It occurs because of a virus that affects the nerve cells and the epithelium of the skin. While bubbles during herpes zoster itch and hurt. To treat it you must use special gels and ointments. They should be administered exclusively by the doctor.

The appearance of small watery bubbles can cause a burn. They can be observed not only on the hands but the face. Treatment is with ointments. You can use a folk remedy. So, you need to take sour cream and add a few drops of tea tree. The prepared mixture is applied on the affected skin in a thin layer. To sustain its need 20-30 minutes. The course of treatment must be at least 7 days. To make sour cream mask is recommended as long as the skin will not completely clean.

Watery, with small bubbles on the skin of the hands can occur due to dishydrosis. They are localized predominantly on the palms and dorsum of the hands. The reason for its emergence are neuro-endocrine factors. Disgidros usually manifests itself in spring and summer. Self-medicate to do here is unacceptable. Be sure to consult to the doctor to have it examined and prescribed effective drugs.

Some STDs are accompanied by the emergence of small, watery blisters upon the skin. They cannot be lubricated with any ointments until then, until after the examination, otherwise it will be difficult to diagnose.
Is the advice useful?
See also
Показать еще
Присоединяйтесь к нам
New advices