How to cook frozen vegetables

Semi-finished products from vegetables are very popular. Because they are prepared quickly and simply. There are several ways to defrost vegetables. Which one to use, determines the nature of the meal. 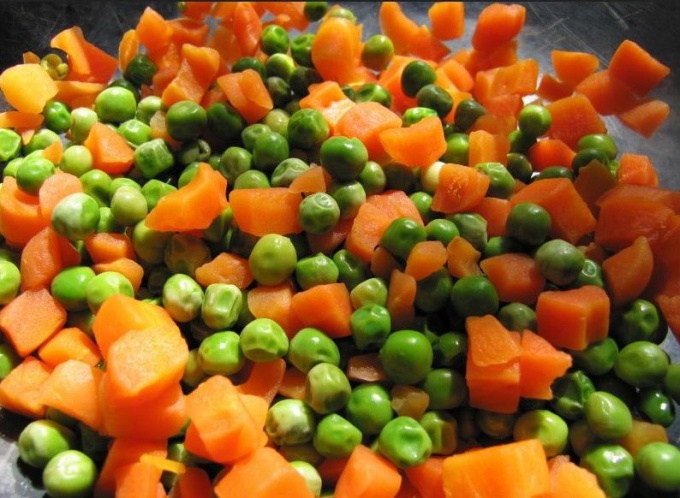 Cooking vegetables in the pan

The frying pan is the easiest way of cooking frozen vegetables. So, cook the frozen green beans, beans, tomatoes, corn, carrots, broccoli, cauliflower, green peas. First put the pan on the stove, put the vegetables and fry. The first few minutes cook the vegetables over very high heat with the lid open. Vegetables will be unfrozen and the water will evaporate. When water will not, add 2 tbsp oil. If a large number of vegetables, add some more oil. At the same time, add salt dish and add spices. Now cover the lid and cook the vegetables until they are soft. The resulting dish use as a side dish or serve yourself. You can add roasted vegetables to mashed potatoes or porridge.

Cooking vegetables in a saucepan

From these frozen vegetables can be cooked soup. If you use purchased frozen, choose those mixtures, whose packaging says that this is a future soup. First boil 1.5 liters of broth. It can be meat or chicken. The meat from the bones, place in 1.5 l of water in a saucepan. Simmer for 40 minutes, then remove. Remove the meat from the bones and slice it into pieces. Cooking chicken is also about 40 minutes.

If you want to cook vegetarian soup, put on fire water for boiling. This time make fried 1 chopped onion and 1 carrot. Can add to the mixture tomatoes. So, following the procedure of cooking: add the broth, sliced potatoes (3 pieces) or grits (200 grams), then frozen vegetables, and after the onion. Bring stock to a boil, add salt, pepper. At the end add to the soup with a knob of butter. The dish is ready!

Defrost vegetables in the test

Sometimes frozen vegetables are used for pies and rolls. The dough can take any: yeast, butter, puff pastry, shortcrust. The filling of vegetables first, defrost in the pan with sunflower oil. Just roast the vegetables until tender. In the filling after frying can add cheese. Then roll out the dough on the table, put the filling inside the pie, and top off with another layer of dough. Good close up pie that he is not broke.

If you cook an open pie, add the filling in the egg, whipped cream. This omleta weight is associated" components of the filling. So it won't dissolve in and out of the test.

In certain cases, the filling can be put frozen right into the batter. This is possible if the ice layer is small. In such a mixture should be present salt and spices in sufficient quantity.
Is the advice useful?
See also
Присоединяйтесь к нам
New advices