The main reasons for the delay menstrualnogo cycle

Menstruation women create a lot of problems: abdominal pain, malaise, the need to use pads or tampons – it's not all bad "satellites" critical days. But much more than the onset of menstruation, a woman worries her absence in the allotted time. 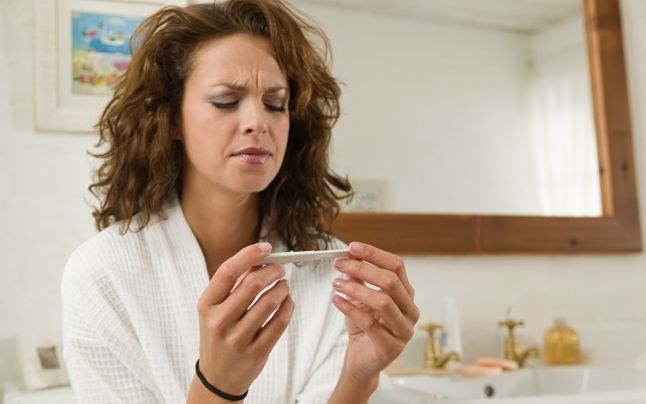 Delay is the absence of menstruation more than 35 days. This is the average, because the duration of the cycle in women of different. You should know that a delay of up to 5 days – a deviation within the norm, which is not worth paying attention to, but if my period did not come on the 6th day after the due date – it is worth considering possible causes.

The first thing a woman does when the delay period is a rapid pregnancy test. This is especially logical if the woman had unprotected sex, but even if she and her partner used a contraceptive method, to completely eliminate the onset of pregnancy is impossible.

Fertilization does not always lead to pregnancy. The fetus may be viable and die before reaching the uterus, or failing to implant is not even considered a miscarriage, after the start of the period. Given that the meeting of the spermatozoon with the ovum prior to implantation of the embryo into the uterus takes place about two weeks, such a "failed pregnancy" is able to delay menstruation for a few days.

After birth the female cycle will be restored immediately. In the breastfeeding period may be unstable or completely absent, and that's fine.

If the delay period is not associated with pregnancy or breastfeeding, then it is a violation of hormonal regulation, which can have many causes.

Violation of the female cycle can be caused by any infectious disease, not necessarily sexually transmitted such as the flu or colds. Sometimes the delay period triggers the disease itself and the medications that treat it – especially antibiotics.

The female cycle is often broken when moving to another climate zone, for example, when a woman living in an average strip of Russia, having rest in Sochi or in Crimea. Nothing dangerous in this: after returning to the "native" climate, everything will work out.

One of the sources of female hormones – estrogen is fat tissue, so its deficiency can lead not only to break cycles but also to the complete cessation of menses. We need to remember this to women trying to lose weight. However, being overweight also causes a disruption of the cycle.

To delay menstruation lead to excessive physical exertion. Most often this is a problem for professional athletes, especially those engaged in heavy athletics.

If a woman is taking hormone contraceptives after the termination of their employment cycle can be broken.

The reason for breaking the loop can be hormonal disorders and other diseases of the female organs – like endometriosis. The period is delayed for more than 6-7 days in the absence of pregnancy – the reason for going to the doctor. Examination is necessary at least in order to rule out serious illness.
Is the advice useful?
Подписывайтесь на наш канал