Which side the moss grows

Moss - specific plant species, which often inhabit the soil and other surfaces, for example, the bark of trees or even stones. The moss has its own particular distribution. 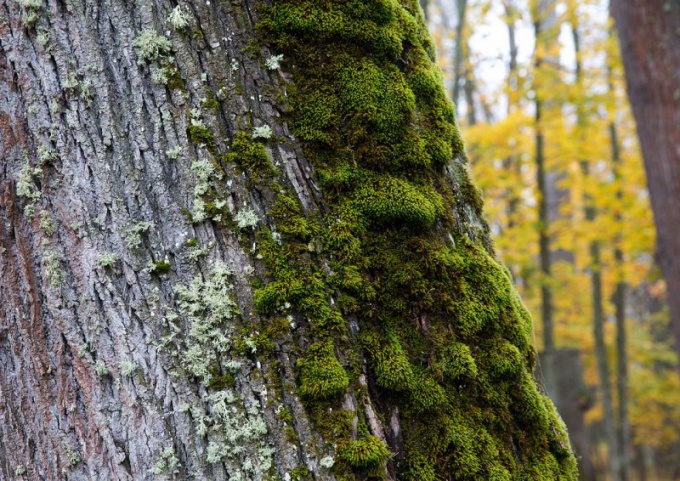 The growth of moss

Despite the fact that the moss belongs to the category of higher plants, it usually looks quite invisible against the backdrop of other vegetation. Unlike most other denizens of the forest, it has no flowers and roots, and the length of this plant is commonly 1-3 cm and rarely exceeds 5 cm.

However, moss is very hardy and able to survive in the most extreme climatic and environmental conditions, including, for example, dry or shaded area. Because of this and due to the lack of formed root system, moss can spread not only on earth but also on other surfaces in the forest, including tree trunks.

Settling on the trunks of trees are commonly moss reveals the specific features of the distribution. So, in most cases it appears on the North side of the trunk. This feature is even formed the basis of one of the signs, common among hunters, fishermen and other people who quite often in the wild. They argue that, looking at the tree trunk on which moss grows, it is possible to accurately determine where North is, and hence to set the position of the rest of the world. This can be useful in case people got lost in the woods and looking for a way out of the thicket.

The fact is that, despite its simplicity, the moss, however, has certain preferences in relation to growth conditions and in the case that it may choose more favorable conditions, he chooses them. Thus in reality, the moss loves shady and moist places and cannot tolerate sun. In turn, that the North side of a tree trunk, as a rule, most of the day in the shadows, only occasionally getting in the sun. Therefore, the mosses prefer to grow on this part of the tree.

However, if moss comfortable conditions are created in a different manner, it may change their traditional habitat. So, in more dense, which never penetrates the sun, moss may cover the trunk of the tree from all sides, not only from the North.

In addition, great importance is the humidity in the growth of moss. For example, if the area where it grows, typical air flow with high humidity, traveling from the East, the moss is situated to the Eastern part of the trunk. If a tree has a slope, in which rainwater flows down along one of the sides of the barrel, there most likely will grow moss. Therefore, intending to determine the light at the place of concentration of moss, you should pay attention to other factors that could affect the place where it grows.
Is the advice useful?
See also
Присоединяйтесь к нам
New advices