How does the tube before birth

Discharge of mucus plug that covered the entrance to the uterus throughout pregnancy is one of the most reliable signs of imminent childbirth. Time noticing the tube, the expectant mother will be able to quickly prepare for childbirth. 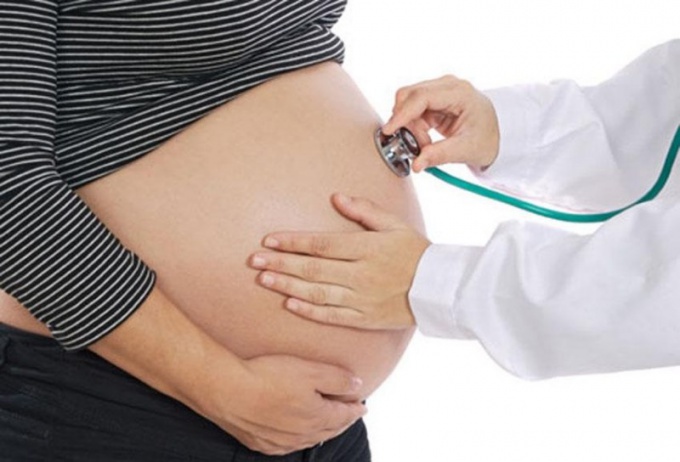 Related articles:
Instruction
1
The mucous plug covering the entrance to the uterus in pregnant women, plays a critical role in the normal development of the baby and during the entire pregnancy. Thanks to the tube the uterus protected from alien infections and viruses that can harm an unborn baby. The mucous plug is formed between the first and second months of pregnancy under the influence of the hormone progesterone. Simultaneously with implantation of the ovum in the cervix fills the particular cervical mucus, which gradually thickens and clogs the entrance to the uterus, protecting the fetus from adverse external influences. Shortly before birth, the female body begins to produce estrogen under the influence of which the tube softens and comes out.
2
The discharge tube is one of the main harbingers of birth, along with the outpouring of water and regular contractions. It is important to track the time of discharge tubes - with the advent of pregnancy enters the home stretch, starts the active phase of labor, the expectant mother may begin preparing for the exciting event with the baby.
3
Most women tube looks like a clot of thick viscous mucus whitish or yellowish streaked with blood. Also a clot may have brown, beige or pinkish hue. The consistency of mucus plug resembles a raw egg white, so its easily confused with normal vaginal discharge. The volume of slime is equal to 1-2 tablespoons.
4
Most often, the tube moves during a shower or going to the toilet. Also a bunch of mucus expectant mother may notice on your underwear or sheets. As a rule, the discharge tube is accompanied by a tone of smooth muscles and a slight pain in the lower abdomen, reminiscent of menstrual pain – uterus decreases, pushing out the mucous the clot out.
5
Do not be afraid of streaks of blood in mucous the clot. If dilated capillaries are under pressure and burst, causing the blood in small amounts comes out along with the tube. It is not considered a pathology, in contrast to this bleeding, at the first sign of which it is necessary to call the emergency assistance. Also, the doctor should contact if tube departed much earlier than planned delivery date. It is believed that this occurs no earlier than 2 weeks before the baby born.
6
After the discharge tube of the fetus is extremely vulnerable, as the uterus is no longer protected from external infections. For the remaining term of pregnancy the expectant mother should carefully monitor their health, to avoid swimming in the tub, the pool or the lake to observe the rules of personal hygiene.
Is the advice useful?
See also
Подписывайтесь на наш канал