How to recognize the harbingers of birth

For the past few months continuing your pregnancy. With anxiety and fear you are expecting your baby. Of course, it will be the most beautiful, healthy and smart. To make this happen, you need to prepare in advance for childbirth, for this you need to know how to recognize the harbingers of birth and be able to determine their symptoms. 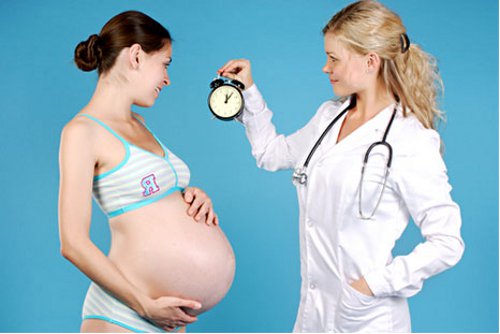 What are the harbingers of birth?

The harbingers of sorts – a collection of all the physiological changes that occur in your body just before birth. The process of the emergence of new life is accompanied by such physiological processes as the opening of the cervix, promotion of the fetal child through the birth canal, and your body needs to prepare for this. For the successful flow of the genera it is necessary that the tissue of the birth canal have become quite elastic, the cervix must have the correct prenatal position, and its length reduced by half. The head of the fetus before birth lowered and pressed against the entrance to the pelvis. All these changes in the organism took place a few days before birth. The beginning of these changes and are the first harbingers of birth.

About the harbingers of birth

For the beginning of the harbingers of birth, you can make the change hormonal levels women. In the pregnant woman's body drastically reduces the production of the hormone progesterone to ensure normal pregnancy, good uterine tone, production of cervical mucus and other necessary functions. Instead, the body increases the production of female sex hormones – estrogens. Female hormones are responsible for the elasticity of the birth canal of a woman, and when reaching a certain concentration of these hormones in the body there is a nerve impulse that serves as a signal to start labor contractions.

I would like to warn insecure women that all the symptoms are harbingers of childbirth can take place in a weakened form when pregnant may not notice them in the background of his emotional or physical state. The absence of or invisible to women for the flow of the symptoms of the harbingers of birth is not a pathology and cannot serve as a pretext immediate treatment to the doctor. The very appearance of the harbingers of birth is not a guarantee that in the coming hours or day you will become a mother. It all depends on the individual Constitution of the body, the progress of pregnancy and many other factors. As practice shows, once you have the first harbingers of birth, to birth into the light, it may take from two hours to two weeks.

Dangerous symptoms, the appearance of which requires an urgent appeal to the specialist

How to recognize the harbingers of birth?

The decrease in body mass. Well-controlled performance of the first harbingers of childbirth is the weight loss that is due to the decreased production of the hormone progesterone, responsible for the accumulation of excess fluid in the body. Reducing puffiness due to fluid loss can be easily seen by the fact that it became easier to put on shoes or it became easy to put a close ring on your finger. Weight loss before birth can reach 2.5 kg.

Change of chair. Fluid loss may be accompanied by a looser and more frequent to 2-3 times a day chair. More frequent urge to defecate with the simultaneous occurrence of nausea and vomiting should be a reason for immediate referral to a specialist.

A harbinger of the birth is the appearance of sensations, which in common parlance are called "drooping belly". These sensations occur due to prolapse of the uterine fundus, which before the birth takes the most favorable position. This process is accompanied by frequent urination due to the increase in pressure on the bladder.

One of the symptoms of the harbingers of birth is the release of mucous plugs. During pregnancy, the glands of the lumen of the cervix constantly secrete a special secret that serves as a protective barrier against the penetration of bacteria into the uterine cavity. Before birth, the cervical canal is opened and the mucous fluid comes out. The process can take place simultaneously or gradually during the day. During this period, pregnant are advised to refrain from taking baths, swimming pool, and hygienic procedures to limit walk-in shower.

The emergence of predictive, training or false alarms is also a reliable sign of the harbingers of birth. These fights are a manifestation of sporadic contractions of the uterus, and do not cause cervical dilatation. During such contractions, the abdomen feels hard, and after a fight – completely relaxes. False labor, in contrast to these generic, are painless, irregular and speed without causing deterioration of the health of the expectant mother. Manifest themselves for several days before delivery, usually in the evening or morning hours. Often this phenomenon is accompanied by uncomfortable sensations pulling character in the lumbar region, sacrum or lower abdomen. This is due to the stretching of the pelvic ligaments and a rush of blood to the abdomen.

Most importantly, you must learn that these changes in your body do not be afraid, they must know well to listen to his condition before birth, and then your baby will be born beautiful and healthy.