How is the renewal of blood in men and women

According to the theory of blood renovation is the process in men and women occurs at different times. It is believed that such physiological characteristics directly affect the sex of the baby at conception. That's why this theory was widespread among couples wishing to have a baby of a particular gender. 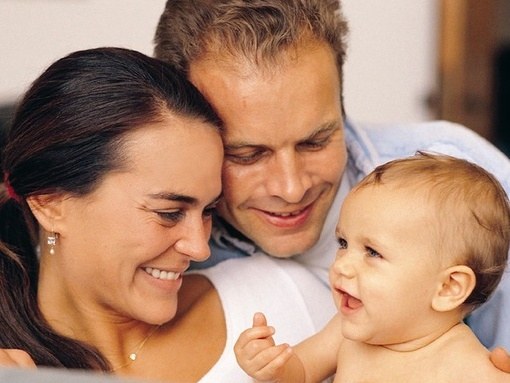 Method of conception according to the theory of blood renovation

Method of conception according to the theory of blood renovation is based on the fact that men's 1 every 4 years, and in women every 3 years blood cells updated: the old die off, and instead appear new. For these periods of time the blood changes completely. The baby will have one gender with that of parents, who during fertilization the blood was "younger". The authors of these systems introduce such a thing as "power of blood". It is believed that more young blood at the beginning of the upgrade cycle will be "stronger" than at the end.

To calculate the time of conception according to this theory, divide the age of the parents the speed of blood renovation is based on a 3 - for women, 4 for men). Compare the numbers after the decimal point: the greater the balance, the younger the person the blood, and this parent determines the sex of the baby. Example of calculation: it is assumed that at the time of conception the man was 33 years and a woman 26 years. Divide the first figure by 4, we get an 8.3. The second divide by 3, it turns out to 8.7.

Compare the balance after the decimal point, in the first case it is equal to 3, the second - 7. It turns out that the blood in women younger than men, and therefore are more likely to give birth to a baby girl. If you get about the same numbers, the chances to conceive a girl and boy will be the same. In case one parent or both, the resulting balance will be equal to zero, the probability to conceive twins.

Determination of the sex of the child

There is a nuance of sex determination of the unborn child associated with the existing RH-factor. If a woman has a negative RH factor, the result of the calculation it is necessary to understand the "opposite": the sex of a baby will depend on the sex of the parent, whose blood is "older". It should take into account the fact that in cases of great blood loss (childbirth, surgery, transfusions) is an extraordinary renewal of blood. If someone of the parents was the loss of more than 1 l of blood, for calculations, one should not take the birth date and the date of this case.

Since the renewal of blood in women occurs faster in the year, the situation is changing rapidly. There are special programs that calculate the probability of conceiving a child of either gender months. They will help you choose a specific time when the highest chance to conceive a child of the required sex. A simple calculation given above can only determine the year of conception.

Thus, ironically, the theory of blood renovation is in women and men allows you to quickly calculate the sex of the baby. However, this technique is not supported by scientific data, and rely on it. To be sure simultaneously use 2-3 of the system (dates of birth of parents, blood group, according to the lunar or solar cycle, etc.)
Is the advice useful?
See also
Подписывайтесь на наш канал