How to change ball on Renault Logan

Malfunction ball joint is easy to detect. Extraneous sounds from the front wheels, backlash in the lower part of the hub. Even if the damage is anther ball joints need to be changed. 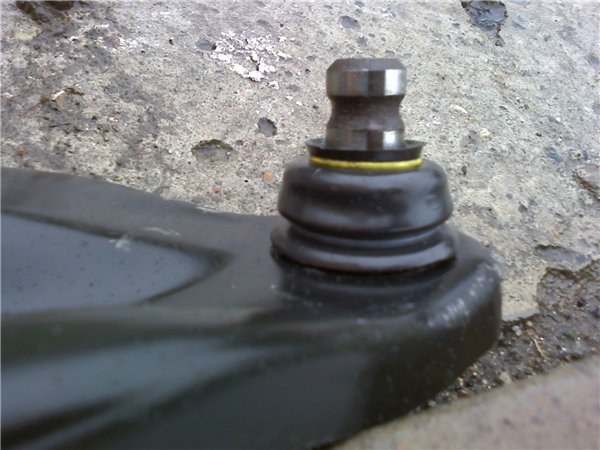 Related articles:
Instruction
1
Prepare the car to repair. For this under the rear wheel, install wheel chocks. To be sure, turn on the handbrake will not be superfluous. To carry out the replacement ball must be on the car remove the front wheels. Raising both sides of the machine, you will weaken the effect of the stabilizer bar, it will not interfere with the repair. First, tear the wheel bolts, then lift one side, install the safety prop under it, then lift the second side, it is also necessary to install support. Remove the wheels after installation on a safety support.
2
Treat threaded joints penetrating lubricant. Elements of the front suspension are always in water and mud, so rust is common. To facilitate the work, you'll need to disconnect the tie rods on both sides. And only then can we begin to dismantle the old ball joints. It does not need special pullers, all work is carried out with improvised means. The first thing you need to Unscrew the bolt that attaches the finger ball joint to the wheel hub. On the nut wear Rozhkova key 17, and the head of the bolt twist socket wrench 17.
3
Knock the bolt out of the hub with breakdown. Now it is time to remove the finger ball joint, it is necessary to establish a strong screwdriver into the slot on the hub. Due to this, the finger freely out of the hub. Now pull the hub Assembly aside and proceed to the disassembly of the ball joint. First, in the upper part, remove the retaining ring, which does not allow the ball to fall down. But after removing the ring will be quite difficult to dismantle the old ball, because it is quite firmly pressed into the lever.
4
Take a piece of pipe, the inner diameter of which is slightly larger than the diameter of the ball joint. This piece of pipe to substitute for the lever, the lower part rests in the ground. Ball has to go inside of the pipe. Now using a hammer to gently remove the ball from the seats. After you install the new one. It is necessary to press with the help of extensions. You should not hit the new ball, as this may damage it. Along with ball, always replace the bolt that attaches the finger to the hub. Perform Assembly in reverse order, don't forget to install the track rod in place. The left and right sides of the deal equally, no significant differences there.
Is the advice useful?
See also
Присоединяйтесь к нам
New advices