As deposited on the belt in judo

Judo is a martial art that arose in Japan. It differs significantly from Boxing, sumo and karate. Judo is a sport martial art without the use of weapons, based on the technique of throws, painful receptions, deduction and chokes. 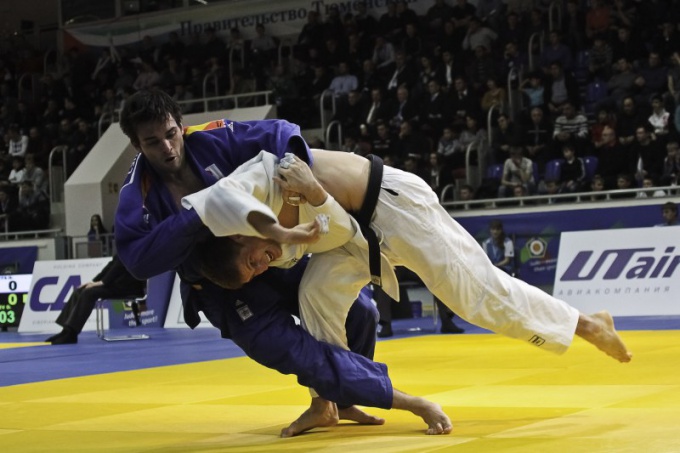 Related articles:
Guys, studying the art of judo award in a solemn ceremony, after successful completion of qualifying examinations and awarded belts of different colors. Each colour represents a certain degree of mastery in this martial art.

Beginners in the martial art of judo is assigned a white belt. Then gradually each student works towards the main goal – black belt. In different countries, clubs, and systems of color scheme can have some differences. A standard set of conventional belts – white, yellow, orange, green, blue, brown and black.

To assign the student zone is assigned a special ceremony. Thus enhanced the effect and the significance of the achievement. But the triumph is not always carried out. A system based on strict assessment. Here the students are awarded, based on the authoritative opinion of the trainer, with special qualifications, entitling him to the award of degrees and belts. However, even in this case, the assignment of degrees is held primarily for the act.

We can say that this is an opportunity for children to demonstrate their skills. In advance the coaches decide which zone deserves a particular student, based on his efforts and results in the classroom. As a child gets older, stricter requirements for the exam.

Achievement in judo any skill level can take different amounts of time. The greatest number of martial arts schools assigns students white belt through one or two months. White belt is given to the student together with his first form, which is called kimono. The time interval between the awarding of degrees, as a rule, is twice more than for the previous zone.

Age requirements of some qualification degrees can slow down the process of appropriation of a belt. To achieve the main goal – a black belt student requires six to ten years of hard work. The martial art of judo impossible to master before. To achieve the skills the child will need a huge amount of time and effort in training.

It is not necessary to pay attention to the qualifications. Much more important to focus on achievements and development. The student must be focused on constant self improvement and striving to become the best fighter. The assignment of zones is a simple marking skill of the student.
Is the advice useful?
Подписывайтесь на наш канал