How to increase memory for Minecraft

Many gamers loved playing Minecraft, sometimes faced with a situation where everything in it is very basic. If this happens repeatedly, and in fact throughout the gameplay, an engaging thereof is lost altogether. And, often no reinstallation did not help to cope with such a disaster. 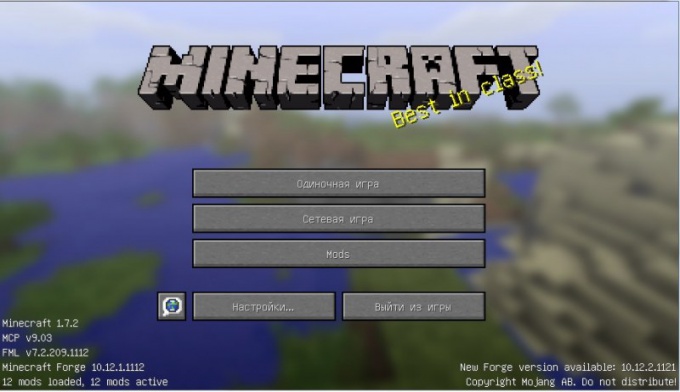 Memory bad, even in the game

Often the answer to this and other similar questions lies on the surface. In many cases, the problem with the " freezing "of Minecraft is the lack of memory. No, the forgetfulness of the gamer in this case is absolutely nothing to do with. Talking about RAM (memory or simply RAM) is a kind of temporary storage data that the processor uses to perform the desired at a particular point operations.

It is easy to come to such logical conclusion: the more space it allocates RAM for a particular program (particularly Minecraft), the faster one runs and the better the chance that no problems with it arise, in principle, will not. Moreover, it may be not so much in the novelty of the computer gamer, as in what memory the machine emit under various operations.

And in the case of "Minecraft" to make the game function better, you will have to resolve difficulties with software Java platform on which this game (as well as many other applications) works.

Possible errors with Java and Troubleshooting

Sometimes problems happen due to improper installation of its drivers - for example, due to the fact that they do not match the bitness of the system. Spy this indicator by clicking the right mouse button on "My computer" and selecting the "Properties" tab. In one of the opened lines will be written, whether Windows is 32 or 64 bits.

If you find that a gamer has installed the wrong driver for the desired program, then they should be removed. After that, you need to download the appropriate resource (for example, with any of those Internet portals that spetsializiruyutsya on software for Minecraft) such that match the bitness of the system, and install them.

Then you need to go to Java. In XP this is done via a disc or via file Explorer while in Windows 7 by entering the control panel through the start menu of your computer. Going to control panel Java, and on it - on the same tab, click View. In the window that opens, there will only be one line larger number of them can cause problems.

If this occurs, it is better to remove the installed on your computer Java version, and after to clean the registry (such action has a special utility, for example WinUtilities and CCleaner). Will also have to kill Minecraft. Then, you must install Java, which is suitable to the capacity of the system and games.

Next you need to proceed directly to an increase in the allocation for the gameplay of memory. For this you need to repeat the above steps with the sunset on the Java control panel and view the settings of the product. A window with Runtime Parameters there will be empty - it will fill most gamers need equipment.

Their particular value depends entirely on the total amount of RAM. If, for example, it has 4 gigabytes of RAM, you can type in the above window the following parameters: -Xms1024M -Xmx3072M. The first number indicates the minimum amount of memory and the second maximum. It is also worth instead of the first figure to enter-Xincgc (it's Garbage Collector that cleans up unused objects from memory).

However, the above is suitable only for 64-bit Windows. If you have to deal with 32-bit system to allocate it under Minecraft more GB of RAM makes no sense. In any case, after all the changes in the window with Java, you must first click OK and then Apply. Now the game must earn a lot faster and without the hated lag.
Is the advice useful?
See also
Подписывайтесь на наш канал